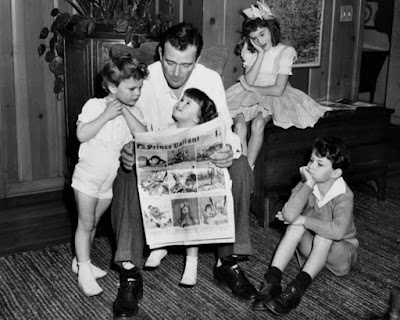 When I read of Dr. Anthony Fauci going postal on interviews in if people question him they are questioning the science which is unquestionable, I remember him lying about Chloroquine, his lying about masks, his lying about this virus being man made, and with all of that science which shows Fauci is pathological as a narcissist, I think of two friends who are over 60 which TL and I saw in the Thrift Shop today.

The woman has a brain injury from years ago and almost died. The husband dotes on her and for some reason they both sought us out and we became friends a few years ago. It was because of her in her treatment with anti virals which was reported here exclusively that I knew anti virals did indeed work on this biological weapon. Both of them had the virus and recovered and both were also stupidly vaxed.

Now for the experience today which TL and I both noted. When I got into the store I cruised to the video section and found a John Wayne movie. YES!!!! As I was browsing, I noticed both of them talking not 10 feet away. Neither of them noticed me. I was not  that interested in talking today as I was in an unmarked parking spot and was concerned I was going to get a ticket, so it was supposed to be in and out of the store. So I shopped around, got things on the quarter sale and found TL talking to them.

In the conversation, the brain injured woman did not remember that she had been sent her AARP card. The husband politely informed her that she had gotten it. That is a memory lapse I have not noticed previously.

When they left, I mentioned to TL that I had seen them, as I had inn the grocery and they did not seem aware we were around, or their surroundings an TL stated that TL had experienced the same thing in their both not being aware of TL who was close by.

It is almost like these two are like animals I have noticed with rabies or distemper, which both affect the brain. It is as if they do not recognize people who they should be aware of close to them.. When I first spotted them, the husband had picked up a belt on the quarter sale. One of the clerks there saw it and mentioned it was only a quarter, jsut delighted the guy.......there is always as sign outside informing what colors are on sale or half price and in the store. He had no idea. As I stated something is just off on these people in their not being aware. It is slight, but it is there.

I have noticed that from the original openness people had in getting the vax, that there is a sullenness which seems to be overtaking them. They try to be happy, but soon revert to what is almost a frustrated or angered expressoin.  Our feed store guy was telling a story of a woman he should have married and he is currently married now and only praise the current wife before.

With dementia, the progression is to a state of frustration and then non emotion. This synthetic prion in two months appears to be generating a like response. I think some people are aware they are changing, are confused by how they are acting and it is taking the joy out of their lives as they are troubled by it, but can't figure out what is wrong with them.

These are people I have known in part for years, some since I was a child and they are changing. This is upsetting as I care about these people. They are good people in you can trust them, they are helpful, they are honest and you can count on them., To watch these changes in them is troubling to us, as anyone who has had to deal with a family or friend whose mind is slipping. The mother was degrading in the last months of her life and it was an ordeal as there was not a reasonable off switch in her. TL awoke me one night saying he mother was up, and I caught her stampeding toward the bathroom, absolutely clueless that she could fall.

Only the ghouls who bred this prion know for certain in the possibilities what parts of the brain this will affect most, and what the physical and psychological reactions will be. I'm seeing people unaware which would help in world takeover and seeing people who are almost angry which is a definite problem if off switches are not in the brain to keep them from acting out violently. What this looks like to me in this raw data is people are going to be unpleasant or just giving off the impression they are angry and could go off, as they will fade into a sedentary zombie type state. The projection on this woul be numbers of people just driving off, wandering off and not having a clue where they are going, and it will be so many of them, they will succumb to exposure if they can not find their way back home or not cause an accident.

That is the preliminary in this. Reason is functional yet, but a disconnect is taking place in these people I know, and they seem to be degrading to a light switch brain in if they click on they are normal and otherwise they just sit there with nothing going on between their ears.

That is what I think of in Dr. Anthony Fauci. I'm seeing effects of this vax and something is not right with people.

As a personal note. I have been doused by the keepers a few times and have had this bioweapon in all of it's forms as has TL. These sheders though are real. I believe I had a side effect from exposure which apparently is quite easy in ingestion or breathing. While working on things here, I noticed I was bruising easier than normal. TL thought the same thing in TL's case. Granted we were involved in some close steel contact, but in taking out a gear tower on a tractor, I did not know I had bumped my forearm. I got up in the night an noticed this big red spot on my arm which was sore as a boil. I put some Vitamin E oil on it, as I was confused as to how I had burned this area as it did not look like a bruise. The next day, the red area started to darken into a larger area. It was a bruise and I told TL that I looked like my dead sister did after a car wreck in wearing a safety belt. It became quite black in a large patch and I rarely turn black in bruising and this time I had not gotten hit hard enough to notice what I had done.

It is all better today and I feel nor experience any side effects, so I believe the threat has passed as I stated in this onslaught of Vax Lepers. That prion does seem to replicate in shedding, but having had the virus by our keepers, there appears to be no platform for it to gain a permanent place in the DNA of our bodies. We are a live specimen and thank God once again we have recovered. It is a different story with the vaxed though as we have not had personality changes or brain dysfunction.

This blog again counsels each of you to not act out. Just remember the problems it would cause you. Remember in this that there are millions of FBI and federal police who have been vaxed. If the numbers are correct, there was a 25% grouping to make 100%. Some appear to have got nothing at all, and some are like our friends an family that early signs show something is wrong. That is the reality in this that there are millions of trained cops out there who have family and friends, and what do you think they are going to do when they start degrading or their loved ones do? That is the armed militia which is the ReVaxNiks possibilities as a percentage of these people will act out against those who have initiated this upon the world. Those who thought they were above the law are going to discover that the law will transform into a lynch mob if they have nothing left to lose.

For all the work the Lame Cherry has pioneered in forensic psychology, I have been able to empathize in projecting what people are engaged in, but I simply can not absorb the reality of those who have treated people like animals to be injected with poisons, terrorized billions, manipulated them, and being so psychotic that none of this matters. How can any human hear of a nursing mother, stupidly being vaxed, breast feeding a child an the child starts bleeding out of it's ass and not be sickened by this, if you had a part in it?  Yet not mention of this is made in regret by Anthony Fauci ever. This 1%'s actions have harmed people and gotten people killed, but people are like the feudal cloth of the land, and their plight generates not mercy nor compassion. I could not live with myself literally if I had treated people like this and been involved in this kind of global harm of innocent people.

Yet I see not any human concern from the police state, the political, the medical, the Fortune 500. They have used humanity like snot rags and tossed them into the trash.

Just remember the Chicom, the Russians, the 1% has absolutely no interest in keeping a 5th Column like this around, because they would rise up like satan and betray the 1% as much as satan did. The 1% can not leave knowledgeable nor armed competitors in place as this would be threat to the immortals in time as they would have thousands of years to find a Lake of Fire to destroy them in.

The evil will consume itself, so their is not any reason to ever act out in violence, as the chore in this is going to be Christian in dealing with people we care about to make their unblessed ends by this prion, something a Christian will show in protecting these vax zombie, as the evil which remains will make it a practice of just taking advantage of people who no longer know their right hand from their left.

In the close future you are going to reveal what your true character is.