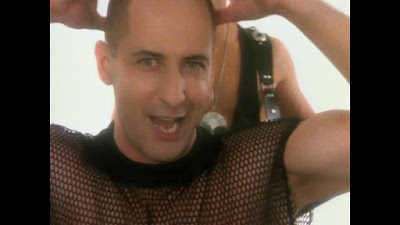 It is interesting to note that the NSA, DIA, CIA propaganda Mockingbird platform in Yahoo, has invested a great deal of effort to shoot down the evidence that magnets stick to people who have had the vax.

No, There's Nothing Magnetic in the COVID-19 Vaccines - Experts ...

May 14, 2021 ... Gounder continued, "That said, many multivitamins contain iron, and you don't see people becoming magnetized or having magnets sticking to ...

Fact Check: There are no magnets in your Covid vaccine

May 21, 2021 ... NBC News' Dr. John Torres debunks the latest in a series of baseless coronavirus conspiracy theories that falsely claims there may be magnets ...

May 21, 2021 ... JACK GOODMAN: These are viral videos showing people sticking magnets onto their arms where they claim they've had the COVID vaccine.

That is a great deal of regime resources over something that is just a hoax, so why waste the time, when in Ohio a Nurse, according to Yahoo was humiliated in trying to attach a magnet and a pin to her neck.........which had been sticking before. 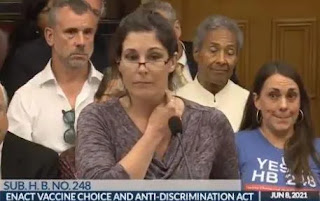 Now we have watched these magnets and things sticking to people, and these are not slight of hands or other tricks. This is real. This nurse had things sticking to her skin before, but when she got before the Ohio Congress, things stopped sticking. That is information, which means that there is a way to turn off this situation or to neutralize it. This projects to it may be cell phone wave length generation which is enabling the phenomena, like something reading your credit card from a distance or your radio picking up unseen radio waves, like your DNA reformatted to respond to 3G, 4G and 5G by making your DNA a magnetic frequency.

This nurse was either a DIA CIA plant to diffuse this and provide propaganda fodder as this woman did not go on a stage to have herself humiliated. So that means she had this happening to her, and something by those who know what is taking place, targeted this situation to create the smear and humiliation of all of you who believe this.....................to go take your vax which still has that synthetic prion in it, which is labeled a poison and a toxin and has been making children and adults sick, and dead. That issue has not bee resolved even if Dr. Fauci is the science and we are ordered to believe this narcissistic liar.

So be pleased that the intelligence owned media invested so much into this to call you a kook. They would not be so intense on this, if this vax was not essential to a program and those behind this want 70% of Americans of all ages, even those who had the coof, to be vaxed. Be pleased as we now know that there is a way to neutralize this effect, perhaps it is short term, perhaps it can be permanent, but we have something to build science upon.

The logic is this is a microwave frequency which is charging the vaxed body cells, and it can be turned off, as the woman was not turned off or the nano DNA removed. The magnet and pin could not be turned into something else, so that returns to the radio waves in this, the G factor.

People were reading higher EMP's around people who were vaxed, so there is a way to turn this off and this is what this nurse has proven.

The conclusion of this is, the 1% thought the net gain of this was worth the exposure that this could be turned off. Either it was their mistake, or they are so far along that they do not care in fiber forming people that it does not matter, or they need that 70% of Americans to activate the interphase. It may not be as Jeff Rense says in 70% vaxed means they will then infect the rest. It may be this wetware computer system, requires so many hundred million people in America to create a working grid. So many satellites, so many phased array in 5G and so many fiber formers being a living brain for this thing to generate off of Baby and the Apes or Artificial Intelligence.

Pay attention as they are showing you things. You can learn if you are Inspired and examining situations instead of being mindwarped by them.