There is not any Deadly Delta Variant 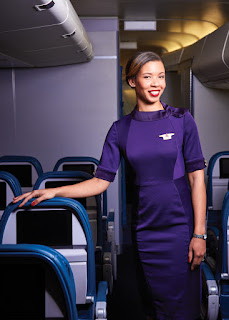 Hello, I'm Delta and I fly the friendly skies.
I really do not exist and am here to hijack your ass with propaganda.

This Lame Cherry warned that the Indian death toll was linked to the vax killing Indians in that filthy country. Whatever variants are being propped up now in mutated 5 million times, are no more deadly than the original virus, in fact less so, as most of you have been exposed to this inoculation or the bioweapon, and you caught it, recovered, or you caught it and your gene DNA protected you from this bioweapon, like you were protected from HIV.

We were exposed, hosed and contaminated in these various bioweapon platforms, some were worse than others, but we got over it with tonic water, zinc, vodka, and taking our essential vitamins. Did I think I was going to die a few times? Yes I was sick in 2019 December in the first wave, and that was as hard as the Spanish flu. The March exposure messed me up for 3 weeks in my lungs. They cured. The intestinal lasted 6 weeks the last time, but recovered.

TL had less effects due to having been vaxed for travel to Asia as a teenager with TB.

So unless I notice something else, this virus is over as I told you. It does not make sense for risk or exposure to the 1% for them to unleash a second wave of deadly virus. So therefore to get people vaxed and revaxed in this evolution or evilution, they are lying again about needing a super vax.

The vax protects nothing from Coronavirus and people get the virus or they show signs in this worthless test kits, reacting to the vax in the Synthetic Prion.

Do not get any additional vaxes, period, and stay the hell away from Vax Lepers.

I do say there is a Delta Variant, it is not deadly. I do say there is a virus, as I have had it in various forms due to the fact I have keepers who inoculated me as their pet. When others say there is no virus, that is Qanon BS, as I had this thing, and I know I was sick in a different way.

Viking was asking how to pray for the vaxed. Loving people does not mean you are tied to them to go down in the sinking ship. I keep doubting that this data can not be what it is in this many people dying, and then I think of my observations, hear of reports of industry preparing for mass deaths, so I prepare that many people will die. My focus is on God keeping TL and our family here safe, not people who jumped out of the boat.
My Grandfather was pure German. I thought he was a hard ass and he was, but by God he was all about responsibility. You were told once and if you did not listen, it was your own responsibility to save your ass, not his. That is Saxon and running around behind people with pampers who just shit all over themselves is not your job. Your job is to get right with God and to be smart in preparing to save yourself.

I honestly do not believe there is a cure for this prion, as none exists in nature. Inject that thing and it goes into the brain. Can it be slowed/? Sure, that is why the FDA was pushing that damned Senile Drug and people were resigning, because that is what is coming to America and the world. They will delay death at an expensive price.

So you stop focusing on those who jumped. You put them into God's Mercy, because you just remember, when people are not listening to you or information warning of things and saving themselves, they are going to do the same thing when a knock comes at the door and probably will report you themselves. Get your heads out of your asses and you start telling the vaxed that you got vaxed if they ask, to get them the hell off your back, and you shut the hell up about it with them. If they are going to be dead in 2023 then they are dead already. If they are going to die, odds are they are going to be zombie and not know jack or shit from this point on, so that is their mercy in not knowing.

If you want to stand around and make yourself a target, then that is your choice, but by God don't you dare go running online or off to people who cut their ties and get them killed with your martyrdom.

People better start realizing what the End  Time will be and start being adults and not acting like this is Hollywood movie where you get to save people who made the choice to harm themselves.

OK I got other things to attend to. Tried to rebuild a carb but Chinese parts aren't worth jack or shit, so it was cleaning up old parts and wanting a refund. Still got shit to do after digging post holes and getting sun burned for two days.

I tried it my Christian way in loving assholes in thinking my Grandpa was wrong. I got my ass handed to me, and by God I'm not making that mistake ever again, as God requires work through me for Him, and that is where I'm going as this blog posts in keeping thousands of ungrateful non donors from doing stupid ass things in being triggered by this narrative.

Ask yourself, don't you think that the smartest people on this planet factored in families talking each other to being vaxed together and sad souls standing around waiting for people to betray them. You bet they did Baby Sister,  and you remember that this is just starting as they have too much invested in this to let anyone go or to turn back.