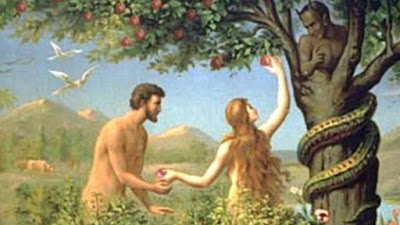 One small apple for man, one giant vax for synthetic kind

It is becoming evident that the vax platform of the Vax Lepers is not just an mRNA changing DNA, but is being proven to be a 3rd strand of human DNA.

In humans you have heard of the Double Helix, meaning you have two strands of DNA which wrap around each other like an antennae. With the realignment of magnetism, the nano particles and the Morgellons replication, this synthetic evolution of humans is taking on a new dimension. Instead of height and width, humans who have been vaxed are being given a depth.

In Biblical terms, the Holy Ghost is the 3rd strand of DNA, Spiritual DNA, in the false tree of life in the immortals in the vax, there is a 3rd strand of DNA which is not Godlike, or which would accept being plugged into God, but which will transform humans to respond to a phased array, or Elon Musk type SatNet with 5 and then 6 G as humans are transformed to accept those higher frequencies.

Something which has not been commented on, and is another exclusive in matter anti matter Lame Cherry revelations is, you can not normally see ghosts, Angels or demons, due to their vibrating at a higher frequency. They move faster. That is what humans will be approaching. As ghost are more visible in being enhanced in electrical storms in ion discharges, humans will be more receptive to this ion charge and these vaxed in this synthetic evolution might become trans dimensional beings in operating at a frequency which would make them ghostlike. Normal human tissue is not designed for this type of charge and would harm that tissue. The synthetics of Morgellons though will construct a structure which will be more accepting of this charge.

The Lame Cherry will remind readers who are Biblical ignorant that People are warned to fear God Who can destroy both body and soul in hell. Souls are immortal. They can be destroyed. We do not know for certain if the Elon Musk charge will be necessary to sustain this synthetic immortal. In other words are the vaxed humans evolved like lightbulbs in needing electricity to light up. If that is the case, then this SatNet grid with 6G would need to be in continuous operation or the vaxed would begin degrading. We do not know of these transformed biological units can self generate. It is one thing to be Jesus in Pure Life and another for some grubber like you who is chemical electric sustained, needing oxygen, minerals and amino acids to create a body life current for the host soul to be housed in. This mRNA is not changing the soul as the soul is not organic. So the body is what is being changed to an immortal status. As the Lake of Fire will short out or consume the soul, the reality is if the 1% gets this wrong, there are going to be perpetual rotting people who will not die. The subject which has not been stressed is, what if this vax welds the soul to a synthetic body which will not die. But will rot. Imagine being locked in a body in a permanent link to the soul, and being in perpetual pain, or a torment like hell.

This blog informed all of you a great deal of the framework of the above articles.  The Synthetic Prion and the assembled parts are a platform for transformation. The evidence is in the saline injections, the ruling class getting fake vaxes, and that the vaxes had to be broken up, means that this transformation is too much for the human body to deal with. Think of this vax as a series of cancers, which is not eating the host alive, but is devouring energies in order to transform a human into a trans human. These vax platforms are designed for other platforms to be loaded into them.

Proof in the Jew Vax

We now know from Jewish concerns that this vax wears out or is said to in 6 months. That means people are going to be forced vax, as owned by the corporates as they are no different than genetic material of Monsanto corn. This 3rd strand is not yours. It is from a combined source of Astra, Pfizer and Moderna who own that prion, and once that prion is in you, it is you no longer being a natural organism, but an organism which is owned by these gene modification corporations.

So the projection is, people are just starting to be transformed. This is the 3rd Strand Genesis of what will require more injections of these substances to evolve humans to not be human anymore. All of this is over a decade old in how this was created. The Patents began in this in 2008 to 2017 AD in the year of our Lord. NIH began this with Anthony Fauci and soon became the interest of DARPA the military advanced weapon's department.

SAARS Coronavirus Bat was patented 73 times for use to make money. From 2015 AD, Peter Dashek of Eco Health Alliance, stated that the media needed to hype a Pan Coronavirus for a vaccine. There was not a lab leak. This was a deliberate transmission. This is crimes against humanity.

NIH, University of North Carolina Chapel Hill and Moderna joined for a spike protein vaccine in the end of 2019 AD in the year of our Lord. before there was an outbreak.

There are those who were involved in this for money. Money to the 1% is only a tool not a value to deal with the mass population. Money though has nothing to do with the 3rd strand DNA.

All of this has been proven planned and plotted for over a decade. This prion is a platform more than a bioweapon which was capable of being morphed into a number of political objectives. We have being injected to 1/3rd of the population of the world and is moving toward over half in the Caucasian Protestant Peoples, who are in the process of being transformed into something which is not human.

This is the 3rd strand genesis of for lack of a better term, the NEOnderthal race or the new Neanderthals of the homosapien species, and that homosapien is about to be erased as all other species have disappeared.