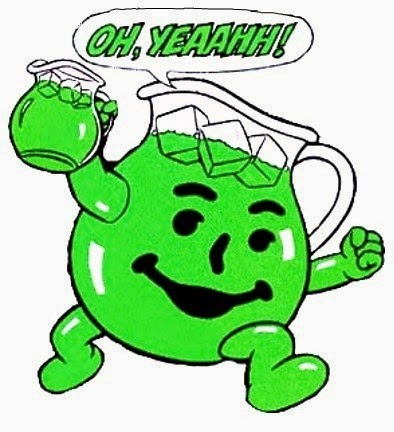 In noting the data coming out of the Israeli state in the vax "wears off" in 6 months and the new press to force people to be vaxed monthly, the Lame Cherry in reviewing the data has developed a projection to explain all of this.

If one remembers Geert Vanden Boosche and Dr. Tennpenney both stated that this vax would produce super immune response, in only targeting spike proteins, and leave no space for normal antibodies to deal with things like scratches or the flu, which would then turn deadly.

In reviewing the data though, in basing the media and medical are lying, we are witnessing two generated projections.

The first is the Indian Delta variant is bogus, like all these variants. So what is making people sick, with headache and runny nose as in allergies? The projection would conclude is that the immune system is overloaded with the spike protein hunters and that nature has provided a summer cold, which is a Coronavirus to fill in, which does not have the Corona or Crown to it. It is not deadly as the vax warners have projected, but it is there and it is vax related. In this, this may be a vax response, in a virus already figured out how to mutate and it became a common summer cold to perpetuate itself in the vaccum.

The second part is what I have touched on in another post, and that is this Wuhan and the Vax are platforms like your computer, and other virus, yeast, bacteria, fungi, spirochetes can plug into it, enhancing the prion and in that become supercharged in spreading in that platform. That would explain the Indian black fungus eating faces off.

Atzmon - A Catastrophe Unveils Itself In Israel

Big Pharma Is NOW Pushing For A MONTHLY Covid Shot,
Obliterating The False Narrative That Once Claimed
A Vaccine Would Earn Back Your 'Freedom'

At this moment, the good news is, that it appears the human body in the Vax Lepers is still producing sufficient antigens to ward off regular disease. The warning is this variant in something has figured out how to infect in mass and survive as a summer cold. The problem in this is, how long before variants of killer viruses appear and find a ready made home in the vaxed?

The secondary issue in this is the reality that pharma is now pushing Fauci injections which will be mandatory, not in Jew 6 months but 12 months out of the year. Now this projects as one of two realities.

The second is, there are almost an infinite number of germs out there, what if the problem is, is the vaxed are degrading and the transhuman injections must be continued, but that people are going to start rotting from diseases which are no longer kept in check from this vax suppression of the immune system.

Those are the two plus minus possibilities. This has gone in a week from another annual vax, to twice a year, now to 12 months a year.

With the numbers of pets being made sick and dying, and the zoos now vaxing animals which is absolutely bizarre as diseases to their own kind, it appears this vax is known to cross all barriers. It was open season on all life forms in this biological weapon. It is illogical with millions of deer, gophers etc... that the 1% would be concerned with a mutation then infecting humans like Ann Coulter up the bat's ass. Maybe the 1% wants immortal zoo animals too as that is what this platform generates in the long term for the select and the slave.

The data is proving this out. It also is proving Jeff Rense's projection that cancers would increase as would other illnesses in the suppression of genes in this vax gene therapy. I believe this Delta is the first organism which evolved to life from the mass vaxes and in the next months and years, there are going to be a number of new vax diseases which were not heard of before in these numbers.

What is the certain in this is we are all being lied to. The disappointing part is liberals used to do more than suck koolade. They used in Southern Poverty Law Center and ADL fight for rights like the missing ACLU, rights like no forced injections, no limits on freedom in lockdowns, but now the liberals are all AWOL and they are the ones passing out the green drinks.

What more can one say in a world gone insane. More data will refine the projections though.