Joe Biden Denounces US Intelligence and Security As Donald Trump Did 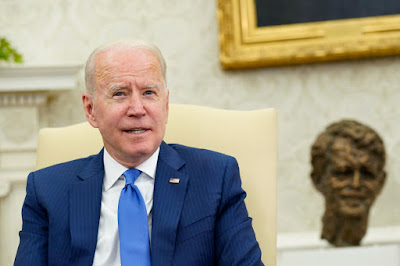 That Bobby head creeps the hell out of me, but I just had
the body and Hunter kept humping it.

There is a coup as this blog has exclusively noted operating against Resident Joe Biden and one against Birther Kamala Harris in a sands of the hour glass running out, by forces who have been part of this street theater which brought Barack Obama to power, brought Donald Trump to power, denied Hillary Clinton power and stole the 2020 elections for Pedo Joe.

All of this has brought the world to the edge of world war. Yes President Vladimir Putin after meeting Joe Biden, immediately stated that he would blow the English navy out of the water if they crossed Russian waters again, in revealing how weak Resident Biden is, and how Mr Putin stated this would not cause world war, but what if the English navy is not the lone issue being sunk. What if the precipice is China invading Taiwan, upheaval in the Balkans, upheaval in Afghanistan, food shortages, oil spike pricing, would then these events combine with the Biden weakness to start World War IV?

The evidence that Joe Biden has rebuked the United States Department of Justice, National Intelligence, FBI and Defense Intelligence can be no more clear than Resident Biden stating that there is no evidence that Russia was behind the latest hacks it was blamed for. That is monumental as Joe Biden in the midst of the coup against him, has gone public informing the world he has been lied to by his people.

Biden Says 'Not Sure' If Russia Is Behind Latest Cyberattack ...

1 day ago ... President Joe Biden said “we're not sure” that Russia is behind a ... “There is no indication the RNC was hacked or any RNC information was ...

Biden says no evidence Russian government was involved in ...

May 10, 2021 ... President Joe Biden said that there was no evidence that the Russian government was involved with the Colonial Pipeline ransomware attack ...

Jun 2, 2021 ... President Biden said Wednesday he does not think Russian President Vladimir Putin is testing him with the recent serious hacks of a US gas ...

The Cybersecurity 202: Biden says the Russian government was not ...

May 14, 2021 ... But that doesn't leave Russia, a know safeharbor for cybercriminals, off the hook. ... says the Russian government was not involved with Colonial Pipeline hack ... behind the pipeline company attack are based in Russia – which has ... to take decisive action against these ransomware networks,” Biden said.

Biden says 'no evidence' Russia involved in US pipeline hack but ...

May 10, 2021 ... US president said Russia 'has some responsibility' to deal with ... Biden says 'no evidence' Russia involved in US pipeline hack but Putin should act ... The confirmation of the identity of the hackers behind the attack followed a ...

These are the same people who are now at war with each other again in upheaval, as the DIA is once again exposing the crimes of Christopher Wray of FBI in spyhing on people exactly as the DIA was exposing James Comey running cover up for the Clintons and Obamas in their high crimes

Joe Biden was a part of this John Brennan CIA, James Comey FBI and the James Clapper DIA, along with Susan Rice coordinating all of this for Obama, as Biden was allowed distractions to indulge his pedophile son Hunter with Ukraine and Chinese bribes.

This system benefited Joe Biden. He prospered well after he paid his dues to be Vice President in attempting the murder of homosexual partner Lawrence Sinclair of Barack Hussein Obama. This system chose Joe Biden, because of his weakness in his need for medical enhancements and legal cover for crimes, and chose Joe Biden to become expendable at the earliest possible date.

So the sands are running out for Joe Biden as he moves for his legacy. He has gone public in stating his Attorney General, Merrick Garland has been lying to him over Russian hacking. The CIA lied. The FBI is lying and the DIA is lying. The lies are quite unfortunate for Joe Biden and worse for the American People, because the lies are progressing the world war which Mr. Putin mistakenly does not think will precipitate in Russia sinking the appropriately sinkable English navy.

Let us not forget in Prince Harry sojourns in America for Queen Liz that all of this arose from British MI6 meddling in US elections. The whores of London are in the US leadership which installed Biden and now is uninstalling him, and is fomenting a war between America and Russia and America and China, so the English will rule the world from the ashes unscathed........except for their expendable navy.

Is Joe Biden strong enough to declare martial law, to proclaim an amnesty for Trump supporters of January 6th to be his shield as Joe Biden arrests the military leadership, security leadership and intelligence leadership of the United States. In short, does Joe Biden have the strength to denounce and arrest the very traitors who stole the 2020 AD in the year or our Lord elections for him?

The forces which installed Joe Biden, are starting a world war. They are in the process of removing Joe Biden for their chosen puppet.

It is deemed that Joe Biden is not strong enough to save himself, or America, or the world, because he is talking, instead of purging the leadership which brought Joe Biden and will bring nuclear war.

Like Donald Trump, Trump talked as Nero fiddled when Rome burned, and Joe Biden is talking instead of acting.

Joe Biden's life depends on the very unvaxed in the civilian and military who his coup plotters are seeking to exterminate by vaxicde. That 30% detests pedophiles. It is all Pedo Joe has though to back up his purge.