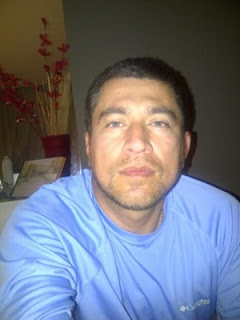 I was watching Hannibal Lecter or whatever that Silence of Jody Foster movie was and they showed the FBI's 10 Most Wanted List. Hannibal had a reward for 3 million dollars, and as I was not paid for information to find that bin Laden kid or whatever else I did in the government owing me money like Rush Limbaugh did, and that sucked in he went and got cancer and died to not pay up..........anyway I checked the FBI site and I was disappointed.

Below are the Top 10 and they are like criminals that some state like Nebraska has. Apparently the FBI is not woke as most of them are coloured folk and we all know Whitey is the target now. Anyway, after seeing one time murder guys, I about gave up, until I found a million dollar reward on El Gato.

Wasn't that the guy that Sean Penn shit his pants over in tracking him down, interviewing and then fleeing for his life? Doesn't really matter is El Gato is Mexican, and it kind of sucks with MAGA around and that Cy Vance out of SDNY going after Trump, and it is foreigners on the top 10. Maybe the FBI arrested all the Americans the Whites as they nabbed 400 of them,

Maybe the FBI needs to have a like a top three list until criminals pick up as even domestic terrorists are a bit weak when it comes to adder scepters and being evil for wearing the same clothes as others.

Whatever happened to that Pipe Bomber in DC? You would think he would make the list as he seemed dangerous even if he was just walking around. Maybe the FBI needs a name though, like #3 can't be guy with Nike shoes, but we don't know his name and Nike gives to liberals so we can't call him the Nike Transexual.

So anyway, I was disappointed as El Gato didn't even rate 3 million dollars on a bounty. Granted he doesn't eat people's livers, but then Juliane Moore said Lecter killed 14 people. Oh on that note, did you know the first first perv in Silence of the Lambs was the cop on Monk? I mean we could not believe it when we looked him up, as his voice is so distinct. That was a really great performance.

Anyway I guess that about wraps this up, as no on wants to read about criminals that you can find in any metro.