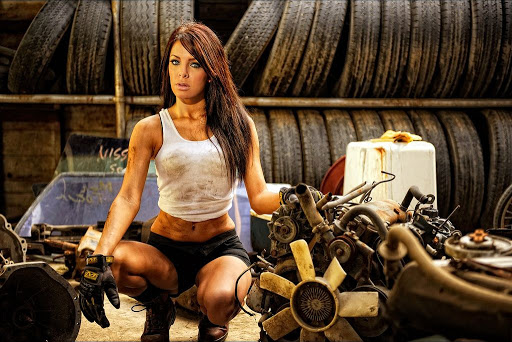 This is a short post in investing in associations as JYG, Junk Yard Guy, has a Christian heart of gold and has been helping us for the past two years in projects to get things done cheaply. We usually purchase something from JYG a few times a week.

Sometimes it is a 10 dollar air compressor, so you do the math with a quality air compressor running 150 plus, and JYG is our Guardian Angel.

Today it is a bit more in forty bucks. It was 30, but TL said as we were leaving that I forgot a 6 volt battery charger, again for 10 bucks we were talking a 70 to 120 dollar charger. What ran the tap up today was TL wanted a Dutch Oven, instead JYG sent me to the Valahala of the Junk Yard, in JYG has somehow put a box car a story into the air, which I know how he did it, and I know why, but this is the mystery of this genius. He just does creative things, so I got to climb the ladder two stories up to find a Dutch Oven. which was more like that thing that Coleman stoves have on them to bake things in that you sit on top of a gas stove.

JYG has all kinds of cool stuff up there and he trusts me or I would not get to go to the holy of holies. I found a Taiwan "dutch oven" up there without legs and we got that for nothing as JYG sold us the other oven for 20 bucks which was an antique.

You have to know how JYG works as there is the stuff you buy and then when you bullshit with him and his puppy for an hour, there is the stuff he just says to take. Today he said he had boxes of DVD's and CD's which he wanted us to have, so I said sure, and in the end we got 3 boxes of stuff he said he was just burning up in his woodstove in the winter.

When we tallied up, he just told me to take things, like 60 bucks worth of heavy fencing, Boy Scout pan, and stuff I forget, when when I got to thinking on the music and movies he just got rid of 200 CD's and 200 movies. You can do the math on this in 10 bucks average we got 4000 dollars worth of stuff. Sure lots of it is Nigger tunes and movies, but there is stuff in this like Miguel Nunez from Tour of Duty, who is a really talented and I like watching his performances, doing a carjacking movie with hot chics with guns, pistol whipping Russians and Niggers.

Dude who did this movie had some fine women friends.

Would love to sell this ride on Ebaby, but with the world going melts, we were blessed with enough viewing for the next few years, and won't have to be downloading or buying shit in the Thrift.

JYG was good for 10 dollar donations last time, as he sold us a post for that, which he had me cut in two, the reality is they want 35 bucks for posts like this, so that is why the salvage yard is where we shop. Got to with all you deadbeats on this site pretending you don't know about donating.

OK that is living large and you children are going to have to learn that soon enough. World is going to change and have you doing not so proper things. I can tell you this, one Junk Yard Guy is worth a dozen presidents and all your regimes in DC and your states.
Our police waved at us today.......they know us by sight, and they leave us to hell alone. That is networking which matters and you richtards aren't going to have jack or shit as all you got around you is money pimps grinning at you, but hating your rich ass.

Got to watch Miguel putting a 357 to his brain and pulling on the trigger in front of a Nig and then he drew down on the Nig and put the heavy load to his 85 IQ.

If you learned something, good for you. If not, there is always a rag picker going to be sleeping in your bed  when you're world won't save you.