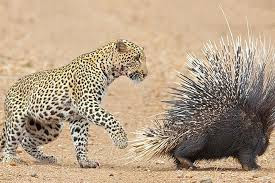 There is empirical evidence now proving the Lame Cherry analysis that the Vax is a Synthetic Prion generator.

As covered here previously, there has been an antibody response to prions in the body, which is not a reality, but has been found in medical analysis to the Vax. As it was explained, a spike protein outside of a cell, is a prion.

Dr. Richard Fleming has provided further explanation of this in the it appears the source of this is the prions are leaking outside of cells. The prion is an entity which exists by itself naturally in nature. It enters the body in most cases through the digestive track and then transfers and establishes itself in replication in the intestinal wall and the spleen. From this base it enters the brain and causes Mad Cow or in this case from this point on in honor of Dr. Anthony Fauci, humans with this leaked Synthetic Prion with brain rot will now be known as suffering from Mad Tony Disease.

This is how the cycle of prions work in nature. In the 1% world of bioweapons, the spike protein is injected into the human body, with nano particles and other toxins, whereby it begins replication at warp speed. I have had experience with this in my brushing someone who was vaxed months before and within hours I was reacting and experienced deep bruising as others have.

This Vax in replication converts to this Synthetic Prion, which within hours of the Vax these particles are all through the human body in this amplification process.

We know the damage this vax does to cells in the human body.  This is deliberate in this transhuman conversion. In projecting that this is a thinking Vax, as this was a thinking bioweapon, this vax had human intelligence behind it, and that intelligence created a platform which was designed specifically to rupture cells and flood the human body with prions. There are so many prions in these people that people look like porcupines with maggots on their skin, in there are billions of prions shedding and through sweat are on these Vax Leper's skin.

As stated, I know from contact how fast this thing reproduces and how little contact it requires to transfer. I barely brushed a sweaty arm, and sweat appears a natural viscosity to transfer and incubate this organism.

Again, think of the Vax Lepers as being like porcupines with these prions sticking out on their skin in the billions or moving like maggots on sweaty skin to comprehend what is there. It lives on living tissue it seems and is not viable after a short period of time, but like rabies if it is life host to a living receptor, that receptor is getting the replication code of that prion and it is deliberately designed to begin replicating in a human.

The caveat in this appears that the inoculation strain which was released in the S Strain holds some kind of barrier that this prion can not displace the spike protein. I know in the treatment I spoke of and am undergoing, that there is an intense battle in my body with these creatures. I have experienced inflammation as the treatment knocks the hell out of these creatures who try to go into overdrive to compensate. I have another Lame Cherry exclusive in matter anti matter in something I suspect, but do not have enough information on, but  I believe these spike proteins, this prion, this platform enhances other debilitating organism which plug into this platform. This is greater than auto immune in shutting down immune response. This is as Dr. Mikovits conjectured early that his bioweapon enhanced previous vaccine virals. I believe that the sum of the parts of this spliced genetic code, offer receptors as in molecular charge, to plug into this platform and replicate.

Short version as an example is, cancer is a virus which exists in a bacterial soup. If there is bacteria spliced into the bioweapon and vax, then the bacteria will be enhanced or made into a fast replication hybrid, which in turn would provide more soup for the cancer virus to thrive in, and therefore cancer would be supercharged in growth. Nature has spirochetes, bacterias, virals, bacterias, fungi and yeast which infect the body. The Vax and this bioweapon weaken the body in taking up production resources and in turn that enhances the decay factors of the above, and if they have the ability to plug in, like a USB drive in  computer, they will be enhanced and replicate according to that computer's processor speed. The prion replicates at warp speed rates.

Dick Allgire in his first remote viewing read of this bioweapon wrote that it liked sugar. From my experience these creatures and organisms need that concentrated source of oxygen and amino acid fuel for this replication rate, so they are sugar eaters as cancer is. I do not believe that there is a cure for this prion as none exists in nature. I do believe though that Ivomec and Chloroquine do present a disruption in this process of replication in cells, which does hinder the advance and the cell rupture as cells are not being destroyed. The window in this though is not in a time frame when people would be able to do anything about it, as this is a designed Vax. It is designed to spread so rapidly that it can not be stopped and it will overcome all  measures which could be designed to hinder replication. You must comprehend that it takes cancer years to develop in the human body. This prion is all through the human body in hours and begins having harmful results after those hours are passed. When the body has symptoms, the prion is already leeching into the body and the body is reacting. That is like seeing smoke and the entire house is on fire, and you are bringing a bucket trying to put the inferno out.

In closing in this examination. you will recall that this blog exposed that the NSA owns majority shares in all conglomerates and this is why wokism spread. The NSA owns in Obama money dumps through Tim Geithner Treasury buys, all the Silicon Valley media. So when you read that Bidencon is monitoring text messages and is correcting the information, the reality is that the NSA is simply accessing the media it owns. There is nothing illegal about it as no warrants are needed. It explains all and only this Lame Cherry has provided this information. The reality of this fascism is simply appearing under Bidencon. You are talking on an NSA server and the NSA is monitoring you and will indeed correct and convict all you say.