Proof in the Jew Vax 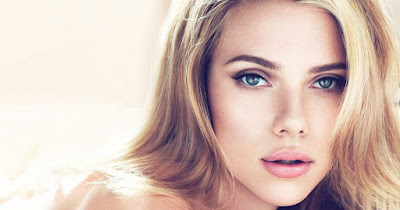 Do not hate me because I have a beautiful synthetic puss.

The proof is in the Jew Vax that those geniuses of you who saved themselves with the injection are now caught in the trap of bi annual vaxinations.

YOU ARE NOW RECORDED AS BEING VAXED.

WHEN THE VAX BECOMES MANDATORY IN NO LONGER EXPERIMENTAL IT WILL BE NO ANY LEGAL PROTECTIONS FOR THE VAXED.

and here is the kicker for you non donating geniuses.

A decade ago the Supreme Court ruled that once your DNA is changed by a conglomerate, it is not your DNA. It belongs to the corporation. That vax is mRNA and AdenoPrion, in it has changed all the vaxed DNA's into not natural.

That means the vaxed are the legal property of the international corporations and they have every right as Monsanto corn, soybeans and rape seed to sue farmers whose crops have DNA in them from Frankenfood for infringement, and those conglomerates can legally issue summons now on every vaxed human to require them to take two vaxes a year or 5000, as they have the right to protect their property, maintain it, and advance it in transhuman evolution.

A patent on your DNA? What the Supreme Court ruling means for you

Jun 5, 2013 ... Opponents of patenting human DNA say a ruling in favor of Myriad will mean companies can own your genes, even though experts say it's ...

Jun 13, 2013 ... A unanimous U.S. Supreme Court on Thursday prohibited patents on naturally ... companies while making it clear that genes extracted from the human ... ruled that forms of DNA that have been manipulated in the lab in a way ...

Yes you were reading the above in denial in saying the Lame Cherry of course could not be right about this........and the links of the Mockingbird media prove you are owned.

Furthermore you morons who sent in your DNA to track what kind of Neanderthal you are, provided your DNA to the corporations and law enforcement as a record of what you were. What you are now is a transhuman by proof your DNA sample. That means you are SYNTHETIC and the conglomerates have a patent right on that.

The Jew Vax states that vax immunity is 6 months. That is bullshit as this vax made you immune to nothing. It was genetic modification carrier and it is modified the genes of those who were vaxed and probably ejaculated into. There is coming soon not just a mandate based on this fraud Curry Delta Variant out of India in fear porn, forcing  what is left of the US military to be vaxed after September 1st, but once you are pinned down in the winter, the mandate will become certain for civilians too in more propaganda that the ReVaxNiks are spreading some plague, when it is the vax making people sick with 5G.

Half of the Darwins in the United States are now corporate owned. They will be mandated to keep those needles jamming into their transhuman arms. We have now been alerted that it will be twice yearly and YOU WILL PAY FOR THIS AS THIS IS NO LONGER FREE. You will become a fiber form and the fiber forms will no doubt follow phase array instructions to turn in all those around them in their households who are unVaxed.

This was all coordinated with the Roberst Supreme Court. Just so you know, you head up your ass tards, the 1% does not need a law about making pedophilia legal, when they vax children and OWN THEIR DNA. They are breeders like lab mice to be used as the conglomerate dictates. This will all be joined at the hip with the vax, suspension of rights as the vax slaves are owned and for those of you who thought this was going back to normal. No it is not. The world is going to be one big corporate farm and you are the vaxed pigs or the feral hogs to be hunted down.