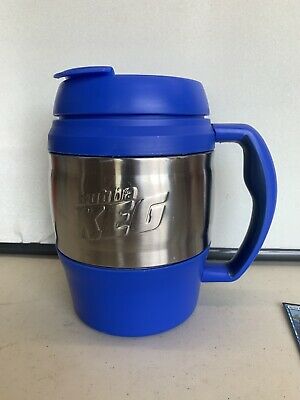 I received this today and was delighted to hear from Jim again, as he is a most fascinating gentleman in his life's story in experiences and how things have worked out for him. I'm pleased that he and his wife are coping well with this 18 months of viral drama as most people are.

We have been blessed in the brier to as my neighbor said, "I haven't changed a thing I did from before or through this" as while we get glared at by Comrade State border crossers, here it is a matter of everyone has a gun, we know where the speed traps are so drive around them, and no one pays attention to DC world.

We just got back from an errand, three trips to get the points right in an H tractor. Am learning more about this chit than I cared to, as it has a Delco distributor, but the guy said, "Those are Farmall points", so we took a picture (I'm still not used to taking phone pics of things as a guide like others are. We talked to some rig workers on green wind towers and they were taking more pictures of things than working. I do have to take a picture for JYG of some Ford truck hubs I need to make sure, but that is about as far as I think about taking glam shots of auto parts.)

Is cool here for a hot day. I think we are getting forest fire smoke in here as it looks like the end of the world. No smoke smell like when Canada burns up, so it is sort of like smoking e cigs as you get the puff but nothing behind it.

I really believe that most of you should be expecting a phase two in this, no not some new virus, but things blamed on the virus and a push for vax mandates. I do believe that some states will protect the Citizen, but just remember what you are dealing with is Bidencon importing child rapists, so how long do you think some of these Governors are going to last before Merrick Garland swoops in and rescues them. It would be advisable for that gimp Governor of Texas to formulate a Texas Ranger defense plan to protect him for the people of Texas. I would not trust the highway dicks protecting Governor Noem, as they would spread their legs for Bidencon and arrest that Governor for defying Biden.

The biggest threat people face is the people in charge, not a virus at this point as the variants are BS and it is a fact as Jeff Rense has preached, the virus degrades in order to survive in being less deadly. Not the same with the prion in the vax.

I actually am interested in dentures. The Tractor Whisperer has them and JYG needs teeth, but I doubt he would ever get them. Seems most people I come into contact with need teeth, not like we all do not need teeth, but am pleased to hear about success stories as we had a neighbor back in the day who sloshed his words as his Mexican teeth were a bargain, but they made me pity him.

It has been awhile since I sent anything your way but just did so with Paypal. I hope this email is still active for you. Me, the old saxophone dealer with the non hottie Thai wife, still happily married and making the best of the new normal. Sans spikes, we are not the type to take things that come with a free lotto ticket or fast food burger.. My dental implants we spoke of sometime back, have proven to be a great blessing, functioning fine and pain free.

Sorry to be so long in adding support especially when I have been such a greedy reader absorbing what I can. There were times I didn't feel too smart or able to absorb more than a fraction before hitting some good periods where the wisdom speaks to me as well as the humor usually does.Anyway, I apologize for taking so long to express my thanks in a way that aids you.

Well, the new normal has us scared a bit, unable to return to Thailand for probably yet another year. But the tomatos are growing and we've taught the cat how to come outisde without a leash and stay close to me. I'm blessed with endless curiosity so staying home and reading and watching youtubes works pretty well. I currently am a fan of The Behavior Panel on youtube, body language experts and lie spotters.

Well sir, you have my deep respect and admiration for all that you do. You are a remarkable person and it is an education and a comfort to know you through your vast work.

My new treasure is a Blue Bubba Keg, not like the mug above, but I could not  find a picture of it. In 100 degree days, I hate hot piss water. Hate cold water on cold days too. For a quarter it is pleasing as less tears in a mishap with a 25 cent jug.

Gall Damn was in town at a shop and the owner had hired a gimp and a tard. The gimp can't do heavy lifting so that is what the tard does. Takes two white men to do one job, but if it was Mexicans it would take 20 tards and gimps so enjoy the future.

Was at the salvage yard and the tard brothers were there. They are there more than we  are. That biggest one is just goofy in a disturbing sort of way. I can't understand a damn word he says. Is like listening to a squeaky 300 pound mouse. JYG told him to stop talking that way or he was going to squirt him with a water bottle. That is the thing about the Brier Patch in no Goddamn tard is going to get a free ride, in they get treated just like the rest of the population. Even fat Amish guys get told they get charged by the pound to walk to through the junk yard. Treat them Amish the same as we are all in this together.

Well I need to get back to work. Thanks to those who are in on the return trip and those who pulled up and dumped their trash off in the Lame Cherry yard. All that damn smoke those is going to be hard on ripening crops. Had some USDA snoop asking about our stuff and just told them it was bird seed and none of their damn business. I almost would like to be a coon,  beaner or whatever else crawled in here as Bidencon is generous with the cash, more than the rich donors here who always want something in thinking they are doing me a favor when they are stealing candy out of the jar, yeah nothing like having a bad suntan and getting money from the Irish Mic in the White House.

I wonder how all that suntan stuff works at Homeland and FBI, as Chris Wray is Caucasian. Does he have to do obedience training? Does when Lloyd Austin of SecDef strolls in, does Wray have to lick his shoes or sit in the back of the room? Must be something to have all those armed White folks at the FBI having to apologize to the tanskins, give up promotions and I wonder if they have to give a pass to the tan skins who supported Trump and just arrest the whiteskins. I know I complained that Obama's cabinet was all white and Bidencon is just as white as Easter lilies too.  Just old Lloyd  and Kamala and the rest are Caucasian

Time to take a snort out of Bubba Keg and get something done more for the day, as you know with this smoke it is CARBON in the atmosphere and it is COOLER, proving what the Lame Cherry stated in greenhouse gases make things cooler and the reason greenhouses are warm is collected energy not released back after trapped by glass or plastic.

Have to listen to what God has in a few.