Stick the Fork in the White Man is Done 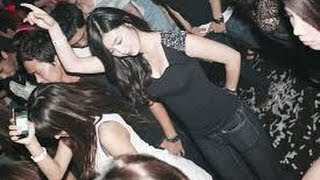 You may remember this blog projected that the HAARP scorching of the Pacific White West, was designed to drive out the Caucasians to pollute other on the red edge states. If you observed the map, you may have adept enough in being told by the Lame Cherry, that certain areas were not heating up by weather modification.

being in the desert with a horse with a name

Once again the Prophetic Lame Cherry is being proven correct again.

Observe the following on San Francisco in it is not heat in Pelosi's Utopia, but organized crime by the 1% which is driving this liberal trash into on the edge red to flip them locally in their communist voting.

40% Of Residents To Leave SF As Crime Rockets

Once again, what is in San Francisco? I will give you a Vancouver British Columbia and Chicago Illinois hint.

Chinatown San Francisco - The largest chinatown outside of Asia

San Francisco Chinatown is the largest Chinatown outside of Asia as well as the oldest Chinatown in North America. It is one of the top tourist attractions in San ...

Yes the Lame Cherry is once again in exclusive matter anti matter revealing the future of Chicom Colonies in the United States, removing your Black, Brown and White asses so Chinamen will be shitting in your porcelain thrones. As the homes are rich empty and vax graves, the pitch will be to allow in even more invaders and hand them American citizenship as why make war when the 1% will fulfill the Bush, Clinton, Obama, Trump and Biden precedents in erasing Americans and writing in foreign colonists.

Even a rich person blinded by portfolio pigmentosa in not donating to save their lives can see this as it is happening. Beach heads are being actively created, and these immediate citizens out of China, will be buying guns to drive out what is left of the American refugees, all protected by thee American police state laws.