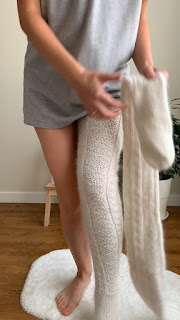 The Lame Cherry engaged in a partial inquiry of a few minutes into some of the vax points which have manifested and I was curious about. The narrative will assist in filling in the blind spots which the few experts involved in examining this transhuman platform are groping about for answers.

First up magnetism. What the matrix is indicating is difficult to put into words. The Holy Ghost word which comes to me is HARMONIZER. Most of you do not have agriculture or livestock backgrounds,  but when Texans were driving cattle north the plains they usually had a castrated bull or steer who would lead, being more docile and less prone to stampeding. In slaughter pens, the Judas Goat led the sheep to the slaughter as the sheep followed the goat into the slaughter pen.

Those who have the magnetic manifestation are transcievers for lack of a better term. They are designed to put out a frequency and EMC, electromagnetic current which will influence others to remain calm. As there are numbers of these magnetic primates around, they hum in a sound which no one hears, but it is a calming effect. Think of them as lullaby drones.

Inquiry indicates that all who are vaxed will become magnetized in time. It is just the different platforms will be induced at different times as the human body can not be made synthetic overnight. All will have this heightened current and send and receive in one harmonious zombie acceptance.

I was curious why the dead, well not everyone was dead from the vax, and yes there are saline solutions for clean platforms in the next phase, but the cherrystone in this is the reality that what is taking place is genetic culling. We knew the Neanderthal was one such target group, but there appears to be another major group. This is not the reptilians, the Japheth, Shem or Ham groups. This is something which I would have required time to track down in the genetics, but as I did not have the access to the lists to querry into and now am not in inquiry mode in writing this, this is what the matrix is indicating. Two major subgroups are being culled out of this. It is not Cromagnon either, that I did inquire

Ok that is the bits in this to assemble more of this jigsaw puzzle. More than what you had, and more than what most of you have ever paid for.

Back to sorting socks.

New, Updated VAX Reactions - Not Good At All