Take the Spiritual Breath Away 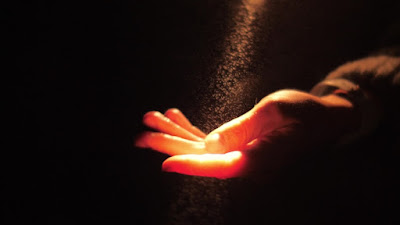 It is difficult being me.

It has been a difficult year, even more so than the difficult existence I am in.

I have been trying to find ways to explain this, not to you, but to me, because I'm so overwhelmed with events that things keep hitting me and I have no time to recover. It does not matter when God provides a most joyous victory, because next thing I'm aware of, I have something inside of me which no words i English will suffice in explaining.

I am thinking as I struggle to put this into a semblace of words. There were revelations today in the meaning of what I feel, but this is my feelings in situations which you probably will not comprehend.

In the archives here, I have an explanation of what I felt after 9 11. Not me, but what was in the matrix and without. It was screams, it was terror, it was foreboding of billions, it was coming war, it was death, it was Archangels and Angels restrained from protecting what was happening and it was sounds in emotions, Spiritual emotions, a psychic tear, a rip a something so large it was of the universe.

I was writing today about humans as test tubes to grow things. I wanted to find something to visualize it, and it was Persis Khabatta in the Star Trek Movie, where she is transformed past human, joined to human, machine, pure energy, and that is when I decided to watch the opening of that movie with the Klingons. It was the only part of that movie which was any good, and in watching it again, it was pure Gene Roddenberry, tawdry, cheap and poorly done, unimaginative. What it was though if you watch it, if you see what I see, if you feel what I feel, it was the torrent of the music, the visuals, the attack, the power, the immensity, the perplexity of being confronted by something so awesome, that it will destroy all, and knowing it before your own destruction. That is what I see.

Inside of me I feel a tear, a nebula shattered crystalline glass spiral moving , slow motion, but faster than light, hurling, cutting, boring, no release, overwhelming without being overwhelmed, all in motion and me not in motion, it is out there, it is not coming, but maybe we are all moving toward it in it's immensity of darkness and light. it is the sounds of colors, the motions of sound, the feeling that takes Spiritual breath away, it is small on God scale and yet it fills this dimension, it moves me inside in forces and it will not let go. I move from it and it is upon me again.

It is like that opening scene but much larger.

I believe God provided me an understanding for this today. It is I'm feeling Jacob's Trouble, I'm in the End Times. Over seven billion people, billions of more animals, an earth in flux, stars falling, quadrillions of more atoms, energy released, energies vanished, it is moving darkness, it is all events, and it is so very much there, that I can feel it here and now. It is striking through the matrix from the future to the past we are in.

I have felt events after they have happened, but never before like this. I have no idea why, but this feels like an immense wave just picked me up in my Spirit and is hurtling me up with this surging tidal force.

It makes me exhale and sigh in typing this. I'm listening to it, feeling it, trying to read it, trying to make sense of it, as there is no sense, only the senses, I'm in it, but out of it, this thing is a force, it is a force unleashed, it is a storm and it has been imprinting on me for months, exhausting me, bringing turmoil, no peace, just the constant.

This is odd in this is out there, but the correct analysis is not that this is coming, but we are hurtling toward it. It is not like a boulder in a stream. It is generating like a volcanic blast, but it is being fed by the all of us, by the evil which is the gain of function in this.

We have not entered into this. This is like we have entered the first fuzzy wave of this shockwave. We are entering into this combined cloud of all the malicious, vile, toxic sin, which will bring a reckoning and repayment from God to balance the scales.

I had hoped in posting this that speaking it would provide a release. I suspect it will provide a temporary relief, but no thing will probably relive this until the event is complete. Then you will feel what I feel in yourselves, but not the immensity of the all that I'm feeling, and I will feel each of you then as I'm feeling you already in your anguish and terror of that time.

Previously in my ability, my Gift, I could focus on people or events, and in certain cases, I had problems unhooking, as the more I felt, the more I connected, the more I concentrated in trying to break the connection, the deeper, wetter, more viscous it all became. I could  though break the connection by focusing on another thought. Not in this though, this is just afflicting me to my core, coming upon me and touching me. This is so very different, so large, that it simply is. In typing this, I am in this matrix and it is like waves compressing me on both sides, the pressure is giving me a headache.

I exhale again and sigh.

I have never felt anything like this and it has been most bothersome, as much as the information that God has been speaking to me on personal issues.

That is the best explanation I can provide in attempting to convey the meaning of this and what it is like to be me.

Time to get back to work.

May God bless the Good. Amen and Amen.