The Boldly Vaxed and the Beautiful Shed Upon 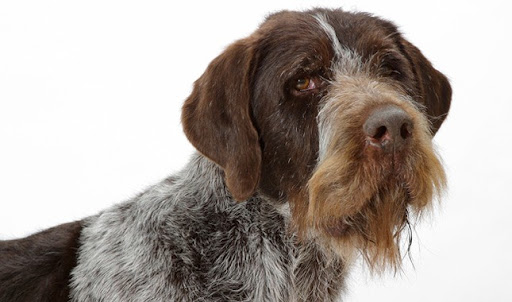 I'm stunned as I write this as I honestly have more affinity with an animal than the rich have in donating here, but I post this with great sadness due to the macabre, Start Trek, science fiction reality which this blog is on the cutting edge of in Matter Anti Matter exclusives.

Not long ago, I posted about Vax Regeneration in noting that people seemed to be reinvigorated and becoming younger. The most troubling aspect of this was a dog we have known for a decade, who is spoiled rotten as everyone loves her, and she knows it. I noted she was going down hill in being old, and was shed upon, and I thought she was going to die awhile back, but was stunned last week when we dropped by, that she was acting like a puppy and she honestly looked like she was getting younger. This dog no longer looked old.

So this took place on Wednesday. Due to heat, we had started errands early on Monday, and as the owner was out of town, the dog was being babysat by a friend, and the person watching the store as we were leaving said, "I don't think the dog is going to be around much longer. She had gone down in her back and she is puking up when she drinks".

We were stunned as that was 5 days ago she looked like she was a 7 year old dog and not 15. As I mull this over in the science, I'm reminded of Star Trek and science fiction when things go horribly wrong in magic potions

I know for a fact that this vax affects people. Their emotions are different in they are all more open, like a Vax Drunk. They age and are sullen in mood swings. Then manifested the happy mood, talkative and what looks like a regeneration. What has happened to this dog though is beyond regeneration, and appears to be a molecular burn out. The very conditions which the body was afflicted by, are repaired, but just as suddenly those affected areas collapse.

As I type this Inspired, I'm trying to do a short Dog Years projection. So we had a dog which was old and dying which got better. Dog years are 7 years to humans. This dog for all practical purposes had a vax shedder cycle of, let us be generous in 3 months, or 1/4 of seven years, in easy numbers round that to 2 years in human years.

In those two human years, she got deathly ill, recovered to what she was, so the status was what an aged dog was. There was an incline in getting better of about 3 weeks, which peaked at the end of the 3rd week. So in human years, that is 1/4 of the two years in a window of 6 months for a human. In dividing this up further in that 3 week dog year period, each week would be 2 months for a human. So the final projection would be 4 months of static condition, then  a sharp spike in regeneration for the last two months, with a cataclysmic terminal drop off of system failure. In this case it was the hips degrading and the kidneys shutting down, which would be the puking in organ failure.

We do not know if dogs are different in this vax in years, or if the dog 3 weeks will be the human 3 weeks. That requires empirical data which will not appear until I begin seeing people dropping dead of system failure which they are prone too, sooner than it was likely to have occurred.

It is a fact that the clock is Sean Hannity, tick tock clicking in this vax. The inquiry I made was pointing to 2023 AD as a year of decline. This would fit the dog life scale comparison in how this vax progresses. Humans are supposed to have additional injections, but the fact in this is, this dog was not injected, she was shed upon and she manifested a fountain of youth reaction, and as I type this she is dying if not dead having been put down.

The preliminary data in this is that the shed upon may have coming problems just as the vaxed. I write this fully understanding the reaction I had to being shed upon. The difference is is that we were hosed down by our keepers.

I have not inquired on this, but am convinced this is something which will repeat on a large scale. The window will either be short in dog time or it will be longer in human years, but this is a 3 month to 2 year window on this preliminary data.

Dr. Zelenko - 'Stay Away From The Poison Death Shot
And Hang The Bastards Who Started This Plague'
'The Real Weapon Is Global Fear & Child Sacrifice'

Cardiac MRIs Are Finding Myocarditis In Patients
Who Are Fully Vaxed - But Don't Worry, Be Happy,
It's Very Rare And Not A Big Concern...

Still Don't Believe Magnetic Nanodevices Are Being
Injected Into At Least Some Of Those Who Tragically
Take The Shots? Watch This...

Vax Passports Were Planned Well Before
The Fakedemic Began

HILARIOUS! Oz Anchorwoman Says 'An Australian
Company Is Developing A Treatment It Hopes Will
Prevent People From Dying From Covid Vaccine' !

In 1989, President Ford Told Us How The
Kamal Would Become President - Watch