The Fountain of Vax 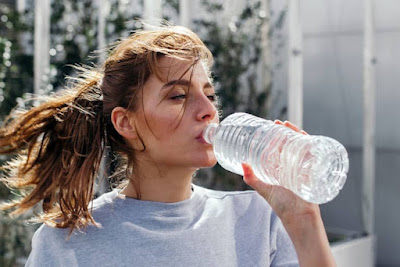 I had a shock on the night of July 21st, 2021 AD in the year of our Lord, when Jeff Rense and Erica Kahn, played the recorded work of someone speaking about a biological weapon. It sounded like the prophet was reading the blog word for word from immortality to the injuries to people, the only problem with this is, is that prophet recorded this SEVEN YEARS AGO.

This was all unknown to me.

Dr. Robert Martin Says Vax Is An Agent Of Death
It Is Mass Murder, Planned Genocide

The Lame Cherry though desires to examine something past the cutting edge. When Bart Classen confirmed that the vax was a prion, it was the fact of what all has been proven correct. I though want to mention something beyond what Erica Kahn and Jeff Rense are confirming in their observations which were first reported here, that their are psychological changes taking place in men and women, including memory loss.

Think about that reality, and then peruse the quote from Mr. Classen as I will have something on the end of this which is worse than people dying of this vax.

As cases pile up (445 as of July 9) of the reportedly “rare” neurological disorder Guillain-Barré syndrome in people who received a COVID vaccine — forcing the sluggish U.S. Food and Drug Administration (FDA) to add a warning label to the Johnson & Johnson (J&J) shot — scientists are issuing urgent warnings about a possible tsunami of other types of neurological injuries.

Prion or “prion-like” diseases include Alzheimer’s, Parkinson’s, amyotrophic lateral sclerosis (ALS), multiple system atrophy (MSA) and others. A hallmark of these neurodegenerative diseases is the formation and clustering of misfolded proteins within the nervous system.

Classen’s February conclusions were based on analysis of RNA from the Pfizer injection.

The Lame Cherry desires to make you aware of something which stunned me yesterday. This concerns the double vax shot. I have contact with a couple who the one is in the medical services and the other is a businessman. I have watched the husband go through the emotional swings of this vax. He also is chatting in being sullen about his wife and then making comments about her character.
Into this is the important subject of operation, is their dog. The dog is old and was going down hill this past year noticeably.

This came to a head as this couple got vaxed. I thought this dog was going to die. Eyes were running, she was slower, she was thin, she looked like the grim reaper was going to visit as she has that look to her.
She had caught this prion being shedded by the owners and was in horrid shape.

The next week. she was not dead, she looked in fact better.

This dog has a habit when she sees us to bark enthusiastically. The dog is fond of us. She has not been vocal this past year, but this past week, she was acting up and barking again. In fact, what stunned me, this dog was looking better than I have seen here in over a year. There was spring in her step, she was looking younger and acting younger. This can not be, and yet this is what this dog was showing, she looked like she drank from the fountain of youth.

Now how does a dying dog, that the prion almost kills, turn around to be looking like she is age reversing? The only conclusion I can come to in this is, that this dog which was affected by this prion and whatever else she was shed on with, is experiencing a regeneration of life force.

For the people, I'm considering that some of those who looked haggered and old in the women are starting to look like they are coming out on the other side. What the Lame Cherry is on very limited data is now considering that while the psychology and biology of people who are injured and some dying, as the animals are, I believe I'm noticing some kind of regeneration taking them from the valley of death.

Remember this blog has stated that this vax was designed as gene therapy to evolve humans, evolve to an immortal form or the poor people will be a blackmailed immortal form which will rot if they do not get future vaxes, and that is what is troubling to me is this dog is rejuvenating.  So the people will rejuvenate. Their brains are now compliant to follow orders, but something appears to be regenerating in them, after the first valley of death.

Before you think this is some affirmation by this blog, do not go there, because I return to the Australian leadership who spoke of a scab and sores, which I believe are the control of the masses to be slaves to this vax system. What this dog is exhibiting though is the first signs I have witnessed that something has changed.

Just remember in this, that immortality does not mean you do not have pain. It only means you do not die. The Bible speaks of worms that do not die .What if people get scabs and sores like a cancer and they have a perpetual torture of pain, and death is no longer an escape, because they can not die.

I have no idea if an immortal can grow a new limb or regenerate if they have a broken back. The pain would exist in recovery, but what kind of life would it be to be Stephen Hawking drooling on your keyboard and not able to wipe your own ass? How many zombies will it take to wipe a 1% vax cripples ass?

Immortal senility is not what those who are not vaxed would care to be around. The ReVaxNiks also have the reality in the near term that the vaxed are Lepers shedding and infecting with these prions.  It is one thing to have a friendly dog, an entire another reality to be human with the mentality of a dog.

This is another Lame Cherry exclusive in matter anti matter. No one has noted this and this is the cutting edge. This is beyond what anyone else has discovered as they are still fighting the death zone. Something much more troubling and worse is out there, it is the regeneration by the vax.