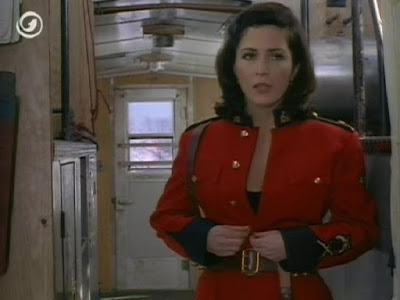 Alright my children and my brats, this was a Rense link video. What bothers me when I see specifics is when they include WATER. Water is a situation where all areas have wells. All areas have generators to run those pumps to provide water. A disruption of water is something beyond toilet paper and Doritos.

ALARMING - Military Urging Officers To Get Their
'Houses In Order'...Food, Water, Supplies

I have no idea who roypotterqa is on Gaytube, First time I have ever seen him. Looks like a cross between a neighbor and the dead ex husband of a woman who betrayed me. Liked both the guys.

Ok this is why you cheap shits tune in here to add to your sin debt. God is telling me things, handwriting on the wall things, but not specifics. I entered the matrix on a new ride to do a flash read and from a military vantage point, as you have to comprehend how the military thinks as it is not what you think the military is.

The military has threat assessments, cost assessments, battle plans, contingency plans as that is what they do across the globe. Ask a general in 24 hours how to annex Mexico, how to attack Iran, how to vax a population, and they will either pull the data or they will produce an action report and in most cases they would be able to tell you how many bandages would be need to how many body bags, and it would be very close to right. That is what the military does, it is supply and use to make that organism fulfill a mission.

These shortages the world is enduring are of the 1%. The military protects the 1% as that is where funding and manufacturing succors the military. The military though produces it's own projections on known data, projected data and action analysis. So when you see the Pentagon core not giving a damn in warning the green suits that something is in the projections, but the information is leaking and people are warning their fellow cadets, it fulfills what the Pentagon views it's personnel as, as expendable as bandages or bullets. They do not give jack or shit about the hangers on in families as those people are deemed a threat assessment in they take Soldiers attention away from following orders and those families project out resource expenditures seven fold in taking care of families in an emergency. So you may die for the Pentagon, but the Pentagon is going to let your families starve and shit themselves. The Pentagon does not want to have starving families in the way of operations. That is what the Pentagon focuses upon.

The Pentagon views you as a threat in resources, riot and being a traitor, to their mission. You should figure that out as the Pentagon is not warning you to prepare for what the Pentagon knows.

Ok, enough background as this is why the rich donate those hundreds of thousands of dollars and why the intelligence and security community wants to know what this remote viewer is about, even though I do not remote view, as I do not have the time. I flash read the matrix and it helps the people in the fine group that glean information for the Zero and Rense to fill in the blanks in connecting the published information which is available in search engines to bring about conclusions.

Still waiting on the rich donations.

Time for a teaching moment as that is what I walk you children through.

OK, there has not been a disruption in production of any goods, so they exist in the same numbers, but where are they? Where did all those computer chip for vehicles go?

Just follow along and stop thinking for now as it will be easier as I cheated in looking at the answers.

Do you remember when ammo disappeared under Obama and it was because they bought over a billion rounds of 40 SM to shoot you with? Ammo disappeared too this past year and it is still being churned out, and yet ammo shortages.

The short of this is, the supplies were not interrupted, but someone else was obtaining those supplies. That is called hoarding when you do it. When the Pentagon and Governments do it, it is termed stockpiling supplies for adverse event in emergency preparedness.

If you missed that, the explanation is, the Pentagon has assessed on data that something is out there. They have been stockpiling like all the governments have. One stockpiles in preparation for disruption of supply. They have been at this since Trump was sleeping in the White House and it has gone balls to the wall all through 2021 AD in the year of our Lord in all of these massive money steals by Bidencon to hide the expenditures. Nothing is being fixed. This money is buying things, that is what is shorting things and it is not the money printing driving up inflation but the demand for product.

7 months into this, the Pentagon has now leaked to the expendable officers that they should get food and water for their starving families, as the military does not want to waste bullets shooting prego women or men, and they are not going to allow Soldiers to share their rations as they need Soldiers primed to pull those keyboards of mass destruction to protect the Pentagon.

That is what this massive buy up and shorting of consumers is developing and England is having empty shelves as there are only so many Canadians and Australians the royal family can eat in a day.

The information has been leaked in July. It does not mean this is going to hit like 9 11, this is going to be gradual as you see less things on shelves and prices increasing to train you that you do not want those missing things as you can not afford them anyway, unless you are rich and then you just buy all you want. The time line would project a few months to allow the brass to stock up. The green suits will figure it out and start the next line of this process in filling their caches while babies on the outside starve.

A disruption is being planned for in a seven year cycle of production. Production from the farm, to the oil field, to the computers. I'm not saying product will not exist. The projection product will not be available as this evolution envelops the earth.