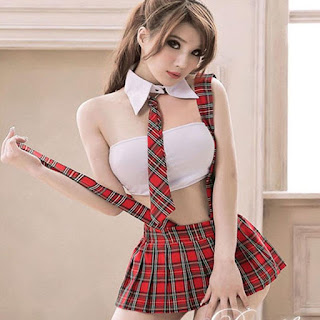 There was an interesting warning from the Japanese concerning Russia and China implementing a Pearl Harbor surprise attack against Hawaii as the Japanese engaged in on the Sandwich Island big isle on December 7th, 1941.

This Lame Cherry has projected the logical order and theater of battle in the east Pacific, and it is why the US military command is stating that Guam is US proper, both to lure Chicom attack and to inform China that is island being attacked is the same as attacking the US mainland.

What would be of vital interest to the Chinese PLA is Operation Blind Eye, or a blinding of the US military in satellite coordination of US activities. This would then fall back to the neutralizing of US projections in Kazakhstan, Diego Gracia,  Korea, Australia, Okinawa, Philippines and Guam. There are tripwires in this in would Peking risk a direct confrontation over Guam to acquire Taiwan or would it be in Chicom interests to perform as this blog has projected that a nuclear blockade in using nuclear mines that China lays, but America sets off it is trips them as the deterrent.

This blog has advocated that Taiwan with Japan lay cobalt hydrogen bomb minds in Japanese and Taiwan waters as a defense against Chicom invasion or attack in the 100 + megaton range. These would be designed to create poison tidal waves to wash over the Chinese mainland as a scorched earth deterrent.

The above beside the point, Hawaii is an important staging point or far point, but like Midway it is of little strategic value in a modern warfare due to isolation and distance. The analogy would go if one spent resources on Hawaii, why would then not be better spent on Australia or Alaska where resources were abundant.

The Chicom PLA has been used by the 1% in biological weapons, and is assisted by HAARP weather modification to create refugees in thee American Northwest. China does not seek to destroy what it intends to colonize.

If the PLA blinds America by satellites it removes Hawaii. One attacks other platforms to neutralize a platform which would cause a direct nuclear confrontation with the United States.

As Vladimit Putin stated, "You are not going to start world war for blowing a British warship out of Crimean waters, as no one will care". Hawaii as a target is a historical target of American psyche. The point being if Hawaii was struck, it would be a high risk target which Russia and China would have to absorb the retaliation, unless of course it is still Bidencon and they would most likely thank the Eurasians for cleansing the island from Americans.

Could Hawaii be a non direct target? Most certainly. Obama, Trump and Biden are dumping foreigners into Hawaii and it has a large population of Chinese. For having numbers of people it is still limited in human numbers, so an armed force mimicking a civil war type action the island, utilizing SAM type defenses could flip Hawaii to the Chinese column and be blamed on BLM type overthrow as the regime in Hawaii is red as pinko communists are, and it would make Hawaii a sore spot for the US military.

This expands to, the US military if engaged in Europe with the Russians and in the east Pacific with China, is FDR two front war, which always was a German front war, which left MacArthur and his forces to die, a small holding force, and China has access to 200 million troops, of ten to one hundred thousand would be best suited not as a surprise attack by a Chinese immigrant seizure of land which the PLA could then out of Pearl Harbor use the island as a forward fire base against American aircraft and sea craft for thousands of miles, simply using missiles.

That would be the logical course for China and Russia in the mid Pacific, as to the north are the Aleutians which would be stepping stones to the United States into Asia. It simply would make sense that all of the Chinese flooded into North America and Hawaii would be a forward sabotage force in disrupting US daily life and military operations. The logic is not a direct invasion or attack on US possession Hawaii west, but an overthrow within to force the FBI to fight a civil war, which was Asian armed.

The Chicom in control of the US west coast ports means a very long flight from Colorado and Texas to reach Alaska or whatever spits of land America would try to project from. No in this scenario, America would have to fight east by traversing the Atlantic, which then brings the long supply line to that theater with Russia in full command of land transportation and lurking underwater with submarine warfare.

The long supply line is therefore not in Europe, but into Africa which has Chicom and Russian forces and allies, skipping in another long flight to India which would be isolated by Islam where America would be deterred by one billion hungry Indians, the Himalayas, the Gobi and 200 million Chicom troops.

Taking Hawaii would be beneficial, but shutting off the Polar Express would wear America out in warfare due to distances which require too much time and parts attrition to complete the task.

Russia and China are coordinating military exercises to threaten not only Taiwan but also Hawaii, according to a senior Japanese defense official who warned the United States to beware of a Pearl Harbor-style surprise attack.

“We have to show the deterrence towards China, and not just China but also the Russians, because, as I told you, that they are doing their exercises together,” Japanese deputy Yasuhide Nakayama told the Hudson Institute this week.

Taiwan’s vulnerability to an invasion from mainland China has become a preoccupation of Indo-Pacific strategists in recent months, as Chinese Communist forces escalate their military drills around the island. Nakayama, who was unusually frank about the need for democratic nations to ensure Taiwan’s survival, implied that Russia and China are working as allies preparing for a major conflict.

“I think the Taiwanese are really concerned,” he said. “And also, they’re focusing on the two big countries collaborating and [presenting] a lot of threat towards Taiwan."

It is the conclusion that Japan is frightened and is playing the Hawaii card to trigger America into a more forceful response in protecting allies in the region, and the reason Japan feels vulnerable is the reality that Vladimir Putin upon meeting Pedo Joe Biden stated he would blow up the British fleet if they dared come near Russia again.

Japan is signaling how precarious the Asian theater is. America is as disarmed as it was in FDR's disarmament in the 1930's which set off the arming of Japan, Italy and Germany to begin world war.

Logic states that with assisted biological attacks by the 1% in America, and BLM funded upheaval, that the Chinese 5th column will be armed to sabotage and overthrow the continuity of society in an immigrant war to pin down the American police state and deprive the US military of it's projective power.

Hawaii in conclusion would be an attack which would come from within, not without.