wisdom is justified by her children 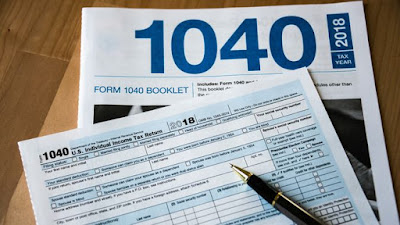 It is interesting in forensic psychology that over the revelation of the successful treatment for the vax, that the response was that I was blamed, accused of things and people would not take responsibility for their actions. It seems lost on the 99 that the Lame Cherry is a product, produced by God, which people consume and owe a debt to like eating in a restaurant or entering a sports event. There is not a one time purchase if you keep going through the door.

The thing is with the responses forwarded to me overflowing with not so clever manipulations is that no one rose to the challenge to prove how poor they are in forwarding their past IRS 1040 tax filings. The evidence is that people are lying about how poor they are and I'm being blamed for calling their bluff.

Some have even broken the law in attempting to intimidate this poor orphan girl. It is of value in times as this that the FBI and other agencies monitor all I do, so they have the records to follow up on, as this ever expanding January 6th hunt spreads out to new levels. It is fitting that trolls are going to be introduced into what it is really like being a woman in this world on an agency watch list. Wifi slowing down, screens jumping, vehicles parked just a little too long, employers looking at you worried because Homeland spoke to them about you, and the paranoia grows.

It all comes down to some very powerful people decided when Baby was learning from me, to make me their pet piglet, and when the 1% wanted to dispose of me, my keepers hosed us down with several strains of this bioweapon to inoculate us. Yes when the trolls were hiding and abandoned me once again in all their bravery, I was once again in God;s Grace collecting real plague information as I was healing from the consequences.
I will repeat in all of this, this blog posted the best clinical data in how to preserve even those who did not earn it. Then came a time when the Lord Inspired me due to health degradation again to come up with an effective treatment, with only those who had proven themselves to need it, as the children would not need it as they had been taking steps to get through this and have.

I was discussing this with TL at breakfast this morning, in a scenario of how poor people really are. News would appear that in 5 days a comet would strike earth. Latin America would be the safe place, but they were requiring 10,000 dollars for admission from Americans, One can deduce just how many of these people lashing out now would come up with that and more in their poverty.

This was a most interesting psychological experiment in human psychology in the reactions  Trolls really do not like the reality of Christ's White Throne Judgment to appear now in exposing their hypocrisy and lies.

Yes slap a woman around, manipulate her, lie to her, degrade her, treat her like a stupid whore, as women are not intelligent enough to figure things out. People should be ashamed of their actions, but instead they lie and lash out making themselves the center of this when God is the center. It is all recorded in the Books of Judgment and it is not being erased, but added to.

It all comes down to people always blame others and make excuses, but they have no one to blame but themselves. What is missing in them that God is not working through them to be a popular girl blog? Why is God not having you find favor to be the piglet of those who implement agendas? Why is it that God is not talking to you on the big events? You know why but instead of having God fix you, you find fault with the little girl.

The sin has already been recorded and that 1040 was not necessary at all.

Well time to go save people's lives. Because no one else will do it. And so many are trying to stop God's workings here to save those innocents.