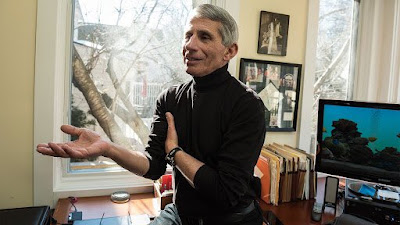 Erica Kahn and Rense.com have done yeoman's work on the ...........what is COVID or the illnesses and deaths associated with this prion vax. What is a myriad of diseases which are appearing at the onset of the vax, there is something else taking place in  those who have been vaxed 6 months out.

What is manifesting are a puzzling disease ratio which does not include the liver in autopsy studies. The liver manufactures the prion, and yet in autopsy the liver is free from the prions, while other organs are affected.

What we are seeing are these main disorders in those who were vaxed, and had not a prior history of this in their medical condition.

I did a search on these symptoms, and in May of this year, it was cataloged that the above conditions from the VAX, were already being reported as manifestations of the Coronavirus biological weapon.

What the biological weapon and this vax have in common are the prion. Both the vax and the biological weapon are mirroring thee exact same symptoms and disease maniferations. When one receives a vaccine, it is common to have mild symptoms of the disease. I took a tetanus booster, and had a severe reaction in a fever, hurting joints and swelling. That is what lock jaw exhibits, but it was not permanent even in a severe case. With this vax, people are experiencing the harmful damaging effects that the worst case of the biological weapon exhibited.
For the reality of this, more people have literally died from the vax than the virus. This is borne out by the facts that it was Anthony Fauci's remdesiv which was producing the symptoms in killing them. The fact is  Fauci knew of this lethal harm, as this drug had killed off queers and was harming Ebola victims and the drug was ordered stopped due to adverse effects.

Coronavirus was spiked in counts of fatalities, because the government told hospitals they would pay more for any death which was listed as COVID, even if the people never tested positive for the virus. The additional fact is if the dead person was in an area of the plague they would be listed as COVID. This is how the numbers were spiked.

That HIV queer drug, remdesivir or whatever it is called, has been stated as what was killing people who had Coronavirus degradation which is a treatment which created lethal COVID.

We are witnessing 6 months out, not auto immune breakdown, but instead heat damage, kidney damage and gall bladders which are enlarging and exploding. Why these specific organs damaged is a connective puzzle.  The heart is damaged by cell rupture. It appears the kidney is damaged by being filled up in some metal which it can not flush and the gall bladder is destroyed by dead cells. This prion especially affects the gall bladder.

It is important to understand these projections as the data allows projections which are revealing heart damage, kidneys which can not filter out debris and the problems of digestion which require bile. There is the first onset waves of illness and death, and at 6 months these debilitating conditions are manifesting in damaged organs. We do not know the percentages yet, although morticians are reporting a three fold increase in deaths in the elderly in 2021 AD in the year of our Lord.

It is a projection that other maladies will begin manifesting in greater numbers and all become part of this prion group of diseases from this vax.