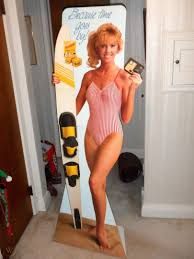 If you need to be counselled to stay away from LOOK AHEAD AMERICA'S gathering on Saturday September 18th at the US Capitol, you are Darwinian to the core in have no more sense than those who believe what they are told in the media on this Coronavirus.

"Look Ahead America is eager to announce that our next rally will take place at the US Capitol on Saturday, September 18, at noon," the group said in a statement.

This play is apparently the only thing the polling shows that will get Americans on the right to place themselves in jeopardy over in protesting the torture of Jan6ers in US captivity. To review this, Donald Trump and his bandwagon appealed to Americans to show up in DC on January 6th to rally for the Constitution. It is evident now that the swamp state made this a set up and framed people to deliberately decapitate the right, and has now hunted down over 500 Americans, making charges of felonies so they can not vote or buy firearms any more. Those were the most vocal Americans, as Ashli Babbitt who was ambushed and murdered as an example, when government agents fomented this riot and the Capitol Police assaulted innocent Americans.

Donald Trump can not get Americans to rally to him, nor any of these other pretty girls on display, So the only bait are the people being tortured in captivity which polling reveals are response to. If you are familiar with war tactics, this was employed by snipers to gut shoot a soldier, leaving the alive to moan and beg for help, and some gung ho always appeared to save the day, and then the sniper had two gut shot bait stations to get a fire base demoralized and shot up some more.

Let us review that Donald Trump and the entire GOP did nothing to provide amnesty for these Americans when they had power and it has served their socialist purposes in the Neo GOP which is vax, keeping aborticide alive and looting the Treasury on infrastructure spending. It was only recently that a publicity stunt was undertaken to visit the tortured Americans, and nothing was done. It is all about bait and none of you should go anywhere near these events.

The only thing which people should do is pray. As there are rich people by the myriads who read this blog, they should form a legal committee of crack lawyers to represent the abused in these cases and force discovery in this set up and in court which is legal expose the Truth. Information is what is necessary, not being suckered in going to the Capitol, where every Homeland, DIA and FBI asset is already being stationed and every resource will be present to photograph and track every person who attends there in this Project Gleaning Two.

Psychologically, the only people who will be there are government assets and people who have a desire to be held in captivity and tortured.

Only two outcomes will come out of this. One it will show how weak this response is to demoralize the right or two, it is another set up to frame people. In either case, everyone going to DC or posting about his event online is going to be tracked and that information will be catalogued in your files to be used against you in a court of the DOJ.

All of this comes on the heals of the protests in Germany. Yes millions protested, and the police cracked heads. I know Jeff Rense has asked where the protesters are or those who hold up signs. I would answer they have more sense than to be photographed so Homeland can log them as deranged so when Biden's domestic terrorism is passed in a future event, that those people will all be deemed terrorists or insane, to be locked up forever.

Protests are what people do in anarchy or the rule of law. Neither of which is in the American Police State, because in a police state, there is no cover from disorder in anarchy or the protection of the Constitution providing order. Protest in this political rule ends your life and future as Mike Flynn is not going to come clean and say who lied to him about election theft, Steve Bannon is not going to feature you on the War Room and Donald Trump is not going to hire a lawyer for you.
People without any sense run into burning buildings, traffic and mine fields.

Americans are being mistreated in captivity. Everyone knows this and going to the US Capitol is not going to change that as the people in power are not going to use the authority they were granted to put pressure on the DOJ to save these tortured people.

So standing on the steps of the US Capitol for a police state kodak moment is not going to help those held as political prisoners, and only create a greater operational file on those the police state are working to file future charges on.

Dinesh D'Souza provided 100,000 dollars for the Jan6ers defense fund. Donald Trump somehow managed to glean almost 100 million more dollars for his political stripe. None of that money is being used to defend his supporters, fund a massive public relations campaign for their freedom or to save people from this abuse of power.

Yes people will not rally to Donald John after being schooled on being abandoned. Now the only bait which has promised are the tortured Jan6ers in prison. I doubt anyone will show up, save for the 97% police state operatives and the 3% who like being stripped search and have latex covered fingers jammed up their bum.

People with sense should not take this bait. Everyone cares about these tortured Americans, but crawling out be made of as bait too, is not going to help those in prison and is only going to use up resources, as you are still a resource for peace outside the grey bar lodge.