.....and now a word from another Tard ex President 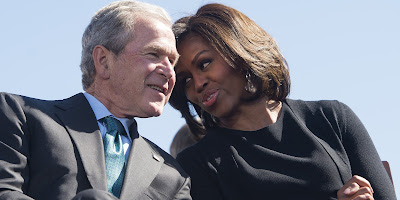 Leave them homos in Afghanistan as there is more for us Georgie.

Feb 28, 2009 ... The Taliban are alleged to have executed homosexuals during their period of government but it is reported that homosexuality, or homosexual acts ...

George W. Bush is remarkable in the same lack of concern for what are tens of thousands of Americans abandoned in Afnamistan. The Biden White House actually confirmed there may be 11.000 Americans in hiding and being told a conflicting message of to shelter in place or to make their way to the Kabul air port to be flown out packed like cattle in rail cars.

If you read the note by George and Laura Bush, you would think there were not any Americans in Afghanistan in danger. Instead George and Laura are focused upon bringing in thousands more Asian "Obama type Muslims", which translates according to Justin Trudeau of Canada, who demanded that Canada get the sodomite Afghanistan citizens. Only the devil knows what the hell the United States is going to end up with.

Laura and I have been watching the tragic events unfolding in Afghanistan with deep sadness. Our hearts are heavy for both the Afghan people who have suffered so much and for the Americans and NATO allies who have sacrificed so much.

The Afghans now at the greatest risk are the same ones who have been on the forefront of progress inside their nation. President Biden has promised to evacuate these Afghans, along with American citizens and our allies. The United States government has the legal authority to cut the red tape for refugees during urgent humanitarian crises. And we have the responsibility and the resources to secure safe passage for them now, without bureaucratic delay. Our most stalwart allies, along with private NGOs, are ready to help.

Laura and I are confident that the evacuation efforts will be effective because they are being carried out by the remarkable men and women of the United States Armed Forces, diplomatic corps, and intelligence community. And we want to speak to them directly, along with the veterans who have served in Afghanistan.

Near as I can tell there are 37 million Afghani. The United States and other pedophile nations are going to fly out around 20,000 wokesters. Odd part in that number estimates are running that there were close to that many Americans hidden in Afghanistan. The point of this is, after 20 years of US protecting the dope trade and training Muslims to come out of the sheep rape pens and into the fun of sodomite feces scents, they converted only about 1 in 19000 Muslims out of the closet to pedophile in the open.

Anyway, just like Poppy Bush brought in Saddam's sheep penetraitors who became the John Doe's of the Oklahoma City bombing, the United States is going to get thousands of these reformed sheep sexers who were the culls of Muslims who raped children and sheep.

Anyway, there are now abandoned 40,000 American mercenaries of some kind in Afghanistan and Pedo Joe Biden doesn't give a damn about them and George W. Bush won't talk about them.

It seems with American leadership that the only way they have any time for you is hunting you down from January 6th or avoiding the vax. Maybe those Americans in Afghanistan if they had posted about supporting the Jan6ers, the FBI would have been over there arresting them all and bringing them safely to American prisons to be tortured. I still think that having cockroaches and American judges allowing you to be tortured is better than letting the Taliban get a hold of you and putting you into.....well Bagram where those 5000 terrorists just got released from.

The Lame Cherry would appreciate knowing what all those Americans were doing in Afnamistan, and what it was they were doing that Pedo Joe left them to be wiped out by the Taliban an George W. Bush and Laura whatever her middle initial is do not even make an issue about these damned and doomed Americans.

How much homophobia is driving Afghan policy in America and how many Chris Stevens are expendable as Obama expended him in Libya? 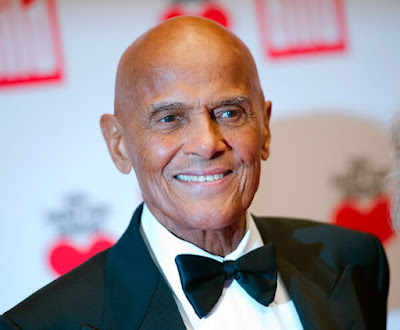