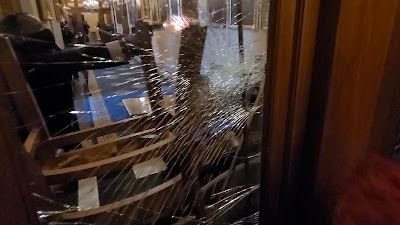 There a so many unAmerican and disturbing things in the murder of Ashli Babbitt, centered on the murder and the Department of Justice cover up of this murder.

What is so disturbing is the investigators had all of this information months ago, and still did nothing to deal with this officer in any penalties. It is the latest revelation that Ashli Babbitt was bushwhacked.

The information of the incident of this shooting, is compounded by the officers finger on the trigger, pointing the weapon unsafely, and while contested, not issuing any warnings to Ashli Babbitt is the fact that there is an adjoining room at an angle to the door that she was entering through. The correct term is a blind side. Ashli Babbitt could not see this officer when she began entering the door as the officer was hidden in a room. The officer then abruptly appeared with his weapon drawn, finger on the trigger and he fired on Ashli Babbitt with force that blew her back through the door.

This was an ambush pure and simple. 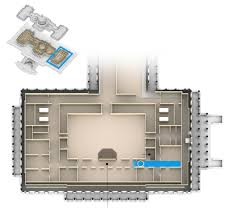 The veteran Capitol Police officer who spoke to RCI on the condition of anonymity said his colleague was not following department firearms training, which requires officers to keep their weapons pointed in a safe direction while making sure of what’s in front of and beyond a target, and to keep the finger off the trigger until ready to fire.

“His trigger finger shouldn’t be inside the trigger guard and the gun shouldn’t be pointed at other officers. He’s even pointing it in the direction of a member of Congress,” the fellow officer said, referring to Rep. Markwayne Mullin (R-Okla.), a former professional mixed-martial-arts fighter who had joined the scrum in front of the chamber doors.

“I can’t tell you how many officers have contacted me to say that what that guy did doesn’t pass muster,” Roberts said in an extensive interview. “No one has come forward to say this was justified homicide, not even the Justice Department.”

“The way he did it — hiding in a room and then popping out and firing — is a problem,” Roberts added. “If his objective was to stop her, he didn’t need to shoot. He could have got out in front of her and used a number of other methods of less-lethal force. He could have tried to cuff her.”

Ashli Babbitt's hands to be visible as she climbed through that window. Her hands were visible. Her hands were empty of weapons and either full of a door frame or out in front of her as her arms braced on the sides of the door. The bullet hit her with so much force that the hydroshock of it literally knocked the life out of her, as it exploded the artery in her upper breast and sent shock waves throughout her nervous system. It literally stunned her and she never saw who ambushed her or knew what had happened when struck.

We though are gaining a more complete knowledge of this murder, which disgracefully is being herd is civil court, not criminal court. California police at least arrested OJ Simpson for a trial, but no such venue is afforded US Veteran Ashli Babbitt, where her murder will only be heard for damages done, as OJ Simpson's case was finally rectified by the Goldman family for their son's ambush and murder.

The Kent State murders. The murder of LaVoy Finnicum, the murder at Waco, the murder at Ruby Ridge, all of these are sanctioned murders as was that of Ashli Babbitt. America used to ridicule back shooters, but then that America has long since disappeared.

There is not one DC police, FBI or DOJ officer who has resigned in protest over this. At Nuremberg the Nazi's were castigated for supporting the regime which was giving them orders, as the excuse of the Nazi was they would have been hung if they questioned orders. No one is questioning orders or cover ups in the United States. One wonders at the number of Capitol Police who have committed suicide since January 6th, in the burden they have carried in what they were ordered to carry out against framing Americans. It would be better if they stopped harming themselves and simply began telling the Truth.