The Virus and Vax by the Numbers 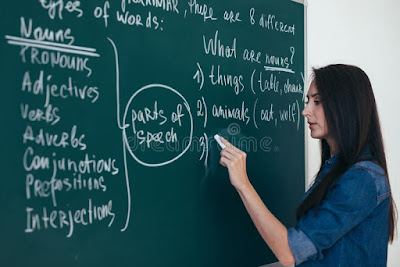 Bob kindly shared this with me last week, and I appreciate this as in his microcosm world, is all of our communities in dealing with COVID and this vax.

Numbers mean everything, because by them, one can make projections. I would relate that his numbers seemed to have reflected our experience, long recovery. In our instance though, our death rate here was higher. But again, it was a strange brew as we knew very fat old people, with diseases that should have killed them and they never even sighed. Yet we knew of others who went terminal in numbers did die.

I know of  two treatments which were in effect. The one was anti virals which were effective. The other was remedisvr the queer drug which Anthony Fauci promoted. We have since learned that this drug was killing numbers of people. In this, I wonder if those hospitalized here, depending upon which medical system they were plugged into, one group recovered quickly on the anti virals while the other went to hospital and degraded to a terminal state with the treatment there, as remedisvr was drowning people and shutting down there kidneys.

So the virus, barring the lethal strain deliberately spread, was unpleasant as we found out in our being hosed down, but it produced immunity and in that our keepers did well with the sheep of this pen.

covid counts. between spouse anon and myself we know(of):
about 30 people had covid
doctors gave ZERO treatments unless you got to deaths door. everyone was on there own to deal with it.
everyone in our house had it and took vitamins etc, and that was it, no problems. long recovery though
23 full recovery no problems (some of them didnt know they had it until told they did)
1 got pneumonia, stayed home, antibiotics, full recovery1 got pneumonia, hospitalized recovered
1 got blood clot in lung, still suffering but back to work (hispanic)
1 died (hispanic)
2 died (black)
spouse has over a hundred clients and with the people that we know(of) probably
represent about 200 who have vaxed:
3 dead: 2 elderly white, 1 elderly black
3 seizures with continuing disability: like mild stroke victims ( 1 wh, 1 greek, 1 black)
1 nephropathy: loss of fine motor control of hands
1 blood clots, yet to resolve
1 hospitalized lung problems released but still has problems
1 Bells Palsy. mostly recovered, but still some lingering effects
1 got covid
5 various ongoing problems of different kinds weeks/months after vax: pains in joints/limbs, headaches, etc
these are who we know about. it not like we interrogate everyone we meet so there are probably a few more who
have issues that we didnt hear about

The "vax" depending what it was really in the injection appears to have had a 10 percent injury and death rate. Again this is short term. Put 160 million vaxed into this, and that is 16 million people. In  the numbers above that would be 1.5% died and in those projections that means that 11 million Americans perished in the short term from this prion.  Over 10% developed long term problems which again is 16 million Americans out there who have this condition based on Bob's observational sphere.

I would add this point. I have an Aunt, with her daughters and another cousin who were all vaxed. 3 Moderna and one J&J. I was speaking with a relative who is a doctor that the photos of them  taken recently were shared. I thought they looked like hell. The medical assessment was the group was not doing well and the one really looked ill.

These people did not have side effects, and would be considered "healthy", but looking at them you can see something is wrong with them. Every person I deal with now who acts strange, I start wondering if he had the vax. Women in the grocery have always been zombie staring off into space, but I see people now that you can not get a reaction out of.

So in projecting the numbers and I will state that they are based in Missouri and I believe that state was targeted worse as they are a problem for the 1%, the numbers are running from this vax to a disability and death total of around 18 million Americans with obvious debilitation and death. This does not include the morbid look of my "healthy relatives", the situation in my Auntie who lost mental function and leg function while still looking healthy and the numbers of people who have been shed upon who are not doing well at all.

If this vax is forced to 100% in America, the numbers of debilitated and dead in this Fauci 2022 AD in the year of our Lord window, would be around 36 million people. That does not include future projections of what this prion, nano particles, Morgellons and the damaged heart muscle tissue out there which will lead to death.

Jeff Rense had on a guest, Keleigh something or other and her projection was that peopled infected or injected with require Ivermectin once a week for the rest of their lives, to keep the prion in check. If one can not get the drug, in a crackdown or meltdown, then that is a fantasy and is not a cure. I simply add that to the facts of this projection in man does not live by bread alone, but by Ivomec if you can get it.

We do not know the sterilization effects or why this vax centers in the heart, gall bladder and kidneys primarily for long term projections. People can live without gall bladders if they are removed, but heart and kidneys produces a terminal condition for end of life organs. So this initial injury and death percentage will rise as this prion, nano particle and Morgellons affect other areas. We still have no projections from medical data on brain rot. The projection though for the vaxed is 30% reduction in quality of life and a yearly projection of a rise in mortality in each of the following years of he next decade of three to five percent.

That would project if Jesus does not come back, that by 2031 AD in the year of our Lord, 31 to 51 percent elimination of the population from vax effects.

That is the virus and the vax by the numbers.