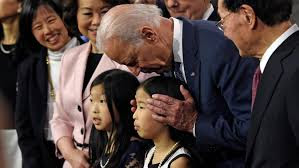 For those who did not comprehend what this blog was hinting at in Pedo Joe Biden abandoning 40,000 Americans in Afnamistan and how Bidencon could do this as if they were homosexuals.

You are unfamiliar that the Taliban banned poppy production and raping boys by Muslim males.

That was all re instituted after the Taliban was driven out. The term is BACHA BAZI BOYS in which Muslim males rape young boys. The CIA was buying influence in Afghanistan by offering Viagra to those they put into power so they could rape children on US bases and off all night long.

Just so you get this. The evacuees which are pouring out of Afghanistan are men, 10 to 1, compared to women.

Now what males in Afghanistan would Pedo Joe be so interested in getting out. The males the Taliban would be executing. The cover is American Allies, well Americans were allied with the pedophile Muslims.

You only have to listen to Justin Trudeau understand what Afghani he was making certain were being allowed into Canada.

See who has the priority for Trudeau, lesbians who rape little girls and that is now forever in Canada.

Under Pedo Joe, the Lloyd Austin and Anthony Blinkin woke gay flag flying evacuation is moving child rapists into America by the tens of thousands.

Yet Pedo Joe left 40,000 Americans stranded. Now who would be prone like a Catholic priest to enter a country where it was legal to rape little boys and girls?

Are you getting the idea and why Pedo Joe is abandoning Americans there? They are competitors to the 1% pedophiles like Brian Williams and all of these ousted Obama cuddlers. When the Protestant Christians are genocided in America as that is who the FBI is hunting down and who Anthony Fauci will place in vax camps, the necessary religions of the child rape Vatican and child rape Islam will need rape cock to subdue those imported slaves.