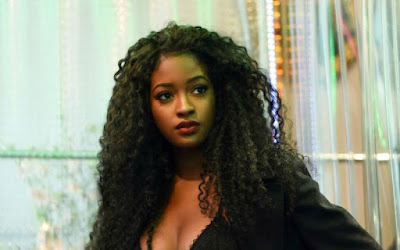 According to Dr. Flemming, the data shows that each vax has 50 billion spike proteins or the 50 billion synthetic prions being injected into the vaxed.

Dr. Fleming - MRNA DNA Kill Shots Are Self
Replicating And Turn People Into Spike Protein
Factories Drowning Them In Endless Bioweapons
...Until Death To They Part

US To Recommend Booster Shots For Most
Americans 8 Months After Second Dose
...Mass Murder And Genocide Ramps Up

What no one is talking about which this blog has is, in order to have 160 injections, and in order to have additional variants vaxed again or for that matter boosters, with the Adenovirus injections as in Sputnik V and Johnson & Johnson, is that those specific vaxes based on those cold viruses are of zero use as the body has already produced immunity from them.

An mRNA is a vax which is an injection platform which uses part of prion and instructs the body to reproduce them in a hyper nature. When you have a "variant" in these vax related Delta and Lamba which the vax is said not to be working, the question is on this specialized prion, what is in the Delta or Lamba as they are still Coronaviruses, and Corona means CROWN, as in the spike proteins, so when the vax is not working on a "variant" this would mean the variant does not have a spike protein. This has not been stated before in the variants CAN NOT BE CORONAVIRUSES per say, because that is all the mRNA is, it is nano particles and others substances to enhance production of the prion. So these variants do not have crowns on them or this injection would be working on the same virus which Coronavirus is.

This leads to the reality that the new variants are as Geert Vaden Boosche are productions related to the vax. In other words the vax is creating the the COVID or the variant diseases which are being blamed on Coronavirus.

The question then in NextGen is what is in the mRNA boosters because the vaxed already have what the problem was in the biological weapon. So something else is manifesting due to this vax producing something unnatural or a new advanced infection that is not coming from the unVaxed  but the vaxed.

This "virus" has five different receptors,  or TMPR S 2, as the Negroid has more of this in their nose, than Asian people who have more, than Whites, who have more than Jews or the Ashkenaz Asian group or the White or European Jew.

Read that above again a few times and copy it for future reference as this enters Phase II or NextGen.