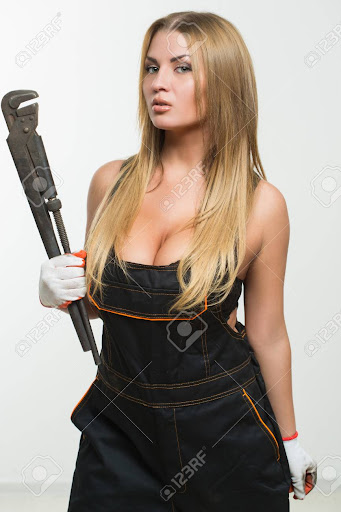 The Lame Cherry is attempting to transition to cottage knowledge, as in things you are going to have to figure out.

The best is real world experience in things that go wrong here.

So the lesson today is what do you do when you are trying to fix things like old bolt and nuts and they strip? Knowing that the shit coming in from China is worthless and knowing that what you have is probably better, and knowing that when the supplies disappear that there are not going to be nuts and bolts to replace what you are having a problem with.

Here is the example. I was taking two sliding shafts off an International cultivator with hard rubber wheels on them. The reason is I have that damned John Deere number something with that one back wheel and you have to bolt the thing to a drawbar, and I hate that, and the damned thing falls down and is tippy even on stands. So the answer God provided was to take these shafts off, weld the bracket onto the mower and have a tripod to stand and pull the mower on. No this is not a permanent fix as I'm looking into mounting lawnmower tires and rips on the cultivator hubs, but that is future in you non donors make things hard to get things done and you still show up here expecting me to save your asses daily. 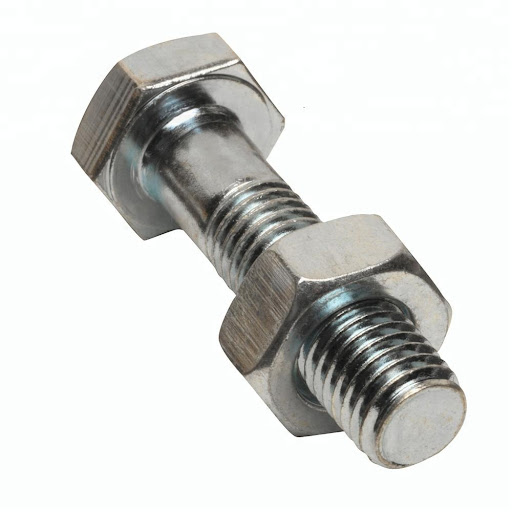 So JYG had this cultivator, I asked permission if I could got get the shafts off, which he said I could. This thing was upside down, had trees growing in it, Virginia Creeper on it and mosquitoes and piles of shit on top of it, so ..........if it moved I would be crushed dead, but what else was I to do.

First one came off as I could get at it, but it was hard rusted in, so it got beat off. You beat things off when they have threads on them by leaving the nut on so you do not damage the threads. Then when it is almost out, you take the nut off, and in the center of the bolt you beat on the punch, because if it is not center it will ruin the threads.

Second one, would not come. I went to try another one, but a tree was holding it in place, so back I came to the first one. The reason I left the first one is the one nut would not screw back on as it was tight, so I thought I would chance it, and of course it was not on far enough and I noticed it bent over. That ruined those threads on top, so it was beat it back in, and try not to damage them more, and in time with no room to hammer, it came loose.

The nut would not start though but at an angle.

JYG had nothing handy to fix it like a tap and die, which is what you use to cut threads and straighten out threads. I have a set.......have no idea where it is, and the one that the wicked uncle had is not worth shit as it has nothing of the sizes I need, so how do you fix this without it costing more money?

The answer is a triangle file and a vice.........or a vice grip to clamp down the bolt so it will not move. 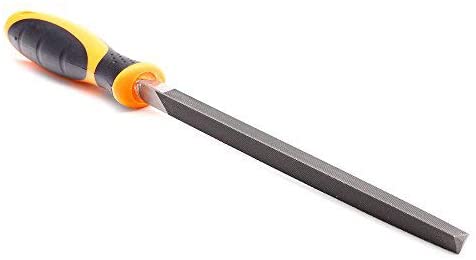 So you begin slowly and this does work as I have done this before. You just start filing in the threads and sharpen them up so they are not mashed or bent. It is important that you work your way to the top and just be really careful to get the right angle.

Mine was mashed on top, so it was really bad as the nut kept trying to twist at a 30 degree angle when you want it straight, but I kept at it a few times, and I got it started square. You do need at the starting to thread the nut on to have lubrication, because once you get this started and the threads clean, it is a step that you are going to use your bolt and nut to cut threads into each other to smooth out what is wrong.

You go slow and you work it back and forth and you will get the results you want. My nut was damaged from pounding on it, so it would not start, so I turned it around, and got the other end started and then just worked it back and forth and I cut that damaged burr out with the bolt threads, which was all lubricated.

This took me about 5 minutes of just being patient and I now have restored threads that were ruined. JYG thought maybe I could cut the bolt off, but you do that, you still have the problem of trying to start the nut, and in most cases you can restore something damaged which most people would have thrown away, or cost more money having to have a machinist or blacksmith die new threads onto a bolt.

So should you get a tap and die set, yes you probably should. A file will work though and a vice which is far more important of an investment.

Seriously, you are going to need tools to take off wheels off vehicles when things go bad, the reason is all there will be is tires on non running cars, which you will need for the running vehicle you are doing the Mad Max in.

For most things, a deep wall impact socket set, half inch, with breaker bar and ratchet will make your chores easy. Impact sockets are stronger, but I just broke one last year, a Craftsman so they do break too, but it is harder to break them.

This though is your lesson in how you restore threads in bolts and nuts.

So much stuff you are going to need, and junked cars will have it all, but until you get to that point, you need for lubrication on bolts, a big help of automatic transmission oil, as that penetrates well, for really tough things add break fluid to the ATF, and for most things, a 10 or 30 weight oil will do the job. You do not need expensive WD 40 which is just fancy kerosene and not that good for anything. A dish washing soap squirt bottle and old engine oil is the cheap and easy way to put lube here you need it.

"Oh you mean when I drain my lawnmower oil, I should save it in an oil jug?" Only if you are not a Darwin.

I will stop there as I was only meaning to solve a thread problem, and not expand this into tools and lube. Each of you though had better start looking at a world where you just can't buy things online or offline, and those grubby people you sneered at like me, well they are not going to be helping you for love nor money. Most will really make your life hell in payback, so you had better get yourself educated into how to solve problems.

PS: It probably would behoove you to find some shitty bolts and nuts and practice rejuvenating them as most people are not JYG in being able to take carburetors apart in the dark and fix them by feel.