Jill Biden made her husband a Naked King 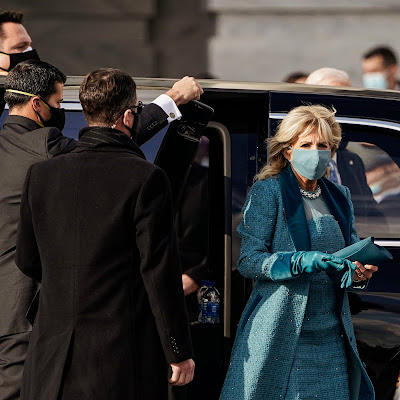 Pedo Joe was being apologized to by the mob press for asking about polling which shows Americans no longer have confidence in Joe Biden. Biden could only squint and laugh that he had not seen that poll. In forensic psychology though, I studied something in Joe Biden's face which was real and is there. Joe Biden is scared. He is scared that the public in this Great Con India is not being bluffed anymore. Joe Biden is even more scared in he knows American civilian and military intelligence betrayed him to unleash this disaster on him. This is Biden's doing, make no mistake on this, as he wanted out of Afghanistan a decade ago. He took the bait, was assured of stability and ended up with a shattering political blow which he can not be propped up from ever again.

This is a coup against Joe Biden. It is the same coup which had the British MI6 installing him and spinning Russiagate almost ten years ago against Donald Trump. Biden realizes this now for the first time, and it is dawning on him that he can not just oust Kamala Harris as the 1% has struck back, and Joe Biden is not going to able to provide cover for Hunter Biden and other Biden crooks once Biden leaves office.

This is the first problem Joe Biden faces. The second is the set up of his illiterate power digging wife, Jill. When Biden flew to Europe, it was Jill Biden who released photos of her at the presidential desk in she was in charge. That was a major faux pas as those who were plotting this, laid in wait on that, and when Pedo Joe was downtime drooling at Camp David over Afghanistan being handed over to terrorists, the story was released that it was Jill Biden calling the shots. She was directing Biden's isolation and she was the one who was not allowing Biden to the White House, and when Pedo Joe did get hauled  back, he produced a dismal failure in a public appearance and fled.

Some are now asking why Jill Biden did not protect her senile husband. The Lame Cherry posted on that months ago in examination of this power hungry woman. That no longer is the subject, what is the subject is Jill Biden is the one who blundered the public response to Afghanistan for her husband by protective isolation.

For some reason Joe Biden and Jill Biden thought they were insider special. They thought because the election was stolen from Donald Trump that they were protected. Afghanistan has schooled Joe Biden to the lesson that the 1% deem him expendable in the great game and Joe Biden is going to be placed in history as the one who blundered the China stalemate and aroused China to the position of overt aggression.

This was all a set up of Joe Biden, due to his incompetence and arrogance, but it does not change the outcome of this. What the Pentagon installed Biden for was WAR, a world war with China at the center. That epic begins in Afghanistan and Biden's political choice of Lloyd Austin as SecDef was the handing over the keys to the kingdom to the Chinese as this political minder was busy hunting down White Americans and fighting Climate Change. Lloyd Austin was chosen for this because he is so ignorant as Joe Biden was chosen for his arrogance.

After the attempted coup on Kamala Harris she is confident and cackling again. She deems her fortunes have been raised as another Birther president. The net result though as Kamala rising, means Joe and Jill Biden are falling hard and fast.

What Afghanistan's wake has brought is the knowledge to Pedo Joe that he is not being protected by the 1%. Afghanistan has exposed that Jill Biden in the role of Mrs. Woodrow Wilson has failed her husband as protecting a figurehead fails when that figurehead must be brought forward to reassure a public on the left and the right that there is leadership there, somewhere.

There will not be any more photos of Jill Biden sitting as president. Those photos now carry with them the 25th Amendment, and are not a reassurance but an albatross to the Biden regime. Whatever Joe Biden was animated by, it is not sufficient to the task. The British and Europeans have moved past America and have stated as much. Their MI6 part in this Great Game has laid the groundwork for what follows in headless America by proxy force being offered up, because the Afghan peace was lost, so that evolves the Asian war.

Jill Biden was not up to the task. She has zero political savvy. She had no idea the set up was coming. She now owns this and the Biden's are now expendable as they have to wait for the 1% to move next on this stolen presidency.

Joe Biden is the Naked King and that responsibility is Jill Biden's fault. She has ended the Biden leverage on Kamala Harris and the Biden's no longer control this regime. Joe Biden is afraid. You can see it in this face. Joe Biden knows.