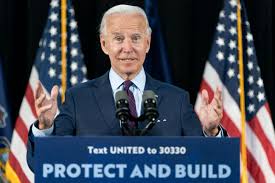 Joe Biden today told Americans that things under him are not as bad as Birther Hussein on gas prices, so things are wonderful because the rich are looting America more in the Biden Infrastructure Hog Trough.

Biden has a solution after he shut down the United States oil supply and that is for America to buy terror oil and fund terrorists with those proceeds. This Henry Kissinger for the Rockefellers has inspired:

The War in Iraq

Another War in Iraq

The War in Afghanistan

The War in Yemen

The War in Syria

The good news is America lost all of those wars and spent around 4 trillion dollars as Obama created ISIS to steal oil and use the kickbacks to fund the DNC and GOP.

Now Pedo Joe's policy is to return to this and pour more American debt into the Terror East and Terror South America and Terror Africa so that the terrorists will have the money to carry out more attacks on Americans, and the great news in this is, that when OPEC shuts the oil off again, that yes, you will not be able to buy a gallon of gas in America at any price.

Apr 5, 2021 ... Why it matters: Backing from the George Soros-founded group could serve as an important call to action for Democratic donors and activists ...

What this is all about is the American bankers, industrialists with the 1% are going to inflate all this massive debt they created to erase it, robbing you and making them quadrillionaire rich. It is how they take over nations.

You will then be forced to buy a battery car, which will not run in the heat or the cold, and it will not matter as there is not enough electrical plants to produce electricity to charge those cars.

It is time this is stated plainly again, this is economic warfare on Americans, in order to enslave them behind vax masks and hand their heritage over to Biden's billions of invaders in this American Genocide.

This is another Biden made crisis. Just as Obama made them, and just as Donald Trump did nothing to stop the crisis of shortages in the pandemic. The same shorting will go full scale next year in 2022 AD in the year of our Lord. That is what inquiry pointed to was trending in the matrix last time I checked.

FULL STATEMENT: The White House urges OPEC+ to pump more oil (above and beyond the current 400,000 b/d monthly hikes the cartel is already implementing) | #OOTT pic.twitter.com/qnWA1l7Pnt

Couple this oil assault on what is the consumer economy of the United States, and literally with the Vax segregation, and this will crack that consumption to it's Soylent Green base. The days are coming when the supply side will be empty.

Just remember none of this has happened by accident. This is deliberate economic design to destroy the center wealth in America, as was implemented in socialism and communism.