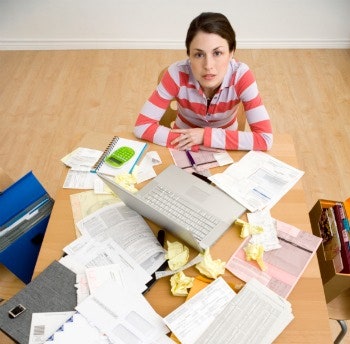 I sold my soul under Trump, but it's ok as with penalites,
I can pay it back in two installments to Pedo Joe Biden

This post in not any way is a complaint about the IRS, as they are just following orders which Congress and the President instruct them too. I post this not as a gotcha to me, but for those who are like me in filing taxes under the CARES Act, can at least be aware of something.

On Monday I received a letter from the IRS out of Salt Lake City, telling me I owed them 2028 dollars and explaining that I owed taxes in 2022 AD in the year of our Lord, which I was puzzled by, as I  thought it strange to be telling me I owed money for money I had not earned.

So I called my tax preparer, as that is why I use a tax perparer if anything like this happesn. This is more relevant as my tax preparer told us that the IRS hired 3200 new employees who were not yet familiar with this myriad of tax codes (You remember Trump and Paul Ryan fixed all this to make it simple which it is not.) There is also a 90 minute wait in calling the IRS, and chances are you are not going to find anyone who knows how to answer your questions.

So the short of this is, I paid as a self employed person as all self employed people do, a great deal of taxes already for what I work and beg for. So the tax preparer told me that I had paid already and was stumped as to what was going on, and why this sum appeared.

She went back to her computer and checked and rechecked and came back and said, "The computer program had automatically deducted this CARES amount and she had not noticed this. So I did indeed owe more in taxes, and the IRS was saying I could pay half now due to the COVID and the other half in 2022, but I had to pay or there would be penalties.

The short of this is, that wonderful stimulus was already put into the red for the government in they were going to take it back from self employed. All the program did automatically was defer a payment that I would have paid just to get this out of my hair and I would not have to revisit any of this.

This was not my taxpreparer's fault. She said they were changing the tax codes non stop and still are changing the codes. The IRS can not keep up nor can the accountants.

She also said all of these people with their CHILD TAX CREDIT are receiving it monthly in a check. The problem is people do not know this, and they are going to expect the deduction for April 15th 2022 and it is not going to  be there. So they are going to get hammered in taxes next year in not having those thousands in deductions.

The tax codes are designed to destroy the self employed and put everyone on the socialist payroll. That is a fact and my taxes come no where near that 15% which poor people are supposed to pay.

My taxpreparer almost turned white as she said, "I wonder how many more of these letter are being sent out to people", for the simple reason she was going to be stuck trying to deal with irate people who are going to blame tax accounts. This is that Obama Trump tax code and this CARES was all bullshit as it helped no one out. It was still satan coming for Faust's soul.

The United States entire structure is shattered. It is no longer working. Pedo Joe Biden hiring IRS agents to go after people in paying taxes is only going to compound this problem as more audits and CARES letters are going to be added to the mix as Biden balloons an already broken IRS tax system. These agents are already overworked and unfamiliar with this Trump menagerie of taxes which has proven one absolute to me, George W. Bush tax cuts were real. Obama inflated all taxes and Donald Trump did absolutely nothing to reduce taxes as I', paying more under Trump tax codes than I did under Obama draconian taxes.

Some of you who are self employed and for all I know socialist employed might have run this CARES software and it auto set aside taxes which were still due. You may be getting a letter sometime demanding payment.

I know when I mentioned to the checkers in the grocery, both women told me that their children, who are in their late 20's have still not received their IRS refunds. With Biden printing all of that money, the system is overloaded and the real reason is America is so insolvent that the IRS does not have the money to refund money as Trump Congress Biden spent it all.

I literally am robbed every year as the system is designed to destroy individual taxpayers. Nothing I can do about it. It is a sorry thing when an American just sighs and pays the IRS to not have to deal with them anymore. The IRS is not to blame. They are stuck trying to gain funds for this sunken ship and it must be a hell of a job to know you are destroying people's lives and all they can do is follow the law in order to keep their jobs.