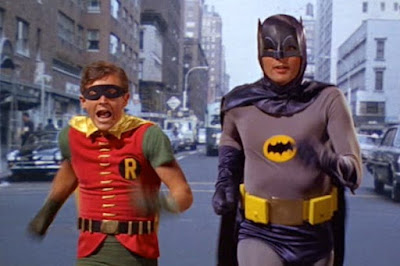 Yes Robin run for your life as they are coming and I can not stop them.

As Pedo Joe is sending in 5000 green suit fodder into Afnamistan blaming Donald John Trump, Erik Prince was one Tucker Carlson of the Alt Tuck Media and issued an alert of an event which took place in the Taliban just released all the elite Muslim terrorists in Afghanistan.

While Prince spoke of 30 million dead in the US democratic Congress abandoning Vietnam, there is a tactical reality in this.

The United States started the Muhajadeen and Bill Clinton made it into al Qaeda in Kosovo, to turn it on Russians in Chechnya, but it instead turned on Americans in 9 11.

What the Lame Cherry is focused on is this. Either as in Libya when George Soros got Khadaffi to let out his terrorists and Obama armed them and got that queer Ambassador ass raped to death by Obama running ISIS out of 1600 Penn, America has a big terror event coming if the Taliban flips on the United States further, or this is another clever operation which may blow up in America's face, or it may just open the war with China when these Muslims start making war on China making war on the Ughurs.

I have stated that a China will have to be pulled out of Peking. Zbigniew Brzezinski helped pull the Soviets into Afghanistan, and this is the reason the Peking PLA would invade Afghanistan to end a terror threat and then roll into Iran and the Mideast for all their oil needs.

It is a brilliant strategy if it would work, as it will kill off most of the male population in China in three centralized mass kill zones, the Mideast, Indochina and Australia and Alaska.

Lots of people are going to die from these terrorists being released. Lots of people are dying from the vax. It just remains living and dying through this, to understand who is going to die, if it will be Chinese or Americans as a result of this terror release, now well funded by Joe Biden pouring in Americans dollars to buy Mideast oil.........because Pedo Joe shut down American oil production.