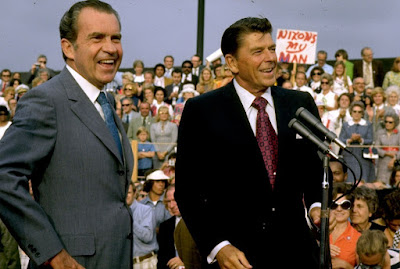 We are going on a time travel, that some of the oldsters who were children themselves then in the world of Dire Straits in the Sultan's of Swing and real American children forced to register for the draft by Jimmy Carter as Iranians pissed on dead American Soldiers on hostage rescue missions, are having their memories refreshed, but for you fresh faces this will all be new to you, as this is the unwritten history.

You my children have no idea what the above headline even means. You are though living in history repeating itself, as Jimmy Carter if he had been re elected would have started a global war, as he considered it to tip the election to him from Ronald Reagan.
Elections though are all done with. The are fraud and America is corrupt from the top down and bottom up.

There was a thing in 1980 called STAGFLATION. What took a decade in rising gas prices, Americans not working and losing jobs, cheap money on expansion, is in 2021 being compressed into a few years. In 1980, you could look at a sale in August and know by September that the same item would be 10 dollars more. That is the inflation America is facing. Doritos bags at 2.50 are now the old fun bags and the party size is like 8 dollars. This is going to continue to be a problem as those in the 1% are engaged in what the German elite were  inflating their massive debts out which destroyed the middle class as it is being wiped out in America in the final economic death throws.

Staglation was inflation but no economic growth which was stagnant. That is what the United States and the world has entered into, in the Obama Super Global Depression part two. Donald Trump solved nothing but rewarding the 1% in returning money to America on low taxes while Trump kept the Obama draconian taxes in place robbing Americans.

Everyone reading this has witnessed the fact of groceries going up. The same is true in fuel. The storm of this is generating and it will continue on with Biden massive looting of the Treasury in fake stimulus bills.

America is at the final stand phase as the 1% are stagnating the economy in another COVID lockdown without a virus of any lethality in place. I have stated  that you can not take 1/3rd of the money out of circulation in people spending and not have a collapse. Biden has a collapse of the oil base of the world in shutting down US production while pleading for OPEC terrorists to pump oil. That means American money will flow out at a greater rate to Muslim terror oil than inside America. The United States is being sucked dry economically and Pedo Joe is the front man for this, but the chances are he will be removed from office when this hits hard, so how can one blame a fossil drooling in a nursing home, as this is by design.

All of these things in the massive drought in the West by HAARP design took place in the 1970's by design. There is a move for American water and American land and the same hedgefunders will buy up the resources just as Obama allowed in the few buying up the Jewish investment houses in 2009 for pennies on the dollar, on your dollar.

They are fighting now in Pedo Vaxing children. That will be the focal point into winter. I'm still watching something which is in the time line for next year out of the matrix, which will be major, but as this blog stated the key phrase was a Seven Year Event, the one word for 2022 AD in the year of our Lord will be shortages.

No one is telling you that the American wheat harvest was ruined this year by HAARP design.  Look at the map, Spring Wheat which is bread wheat is grown on the northern plains. It was wiped out by early heat and no water in the marginal areas and in the Great American Desert it did not sprout.

It is a very long time to next August for wheat if a crop does come in.

You can not eat gold, and you can not buy flour when Arnold is progressing the narrative  that if you are not vaxed and masked, that you are a MURDERER. 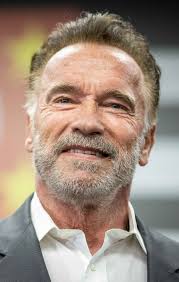 Shwarzenegger argued that one cannot simply claim rights to "have the right to do X, Y and Z", because it "gets serious" when it "affects other people".

"You cannot say, 'No one is going to tell me that I'm going to stop here, that I have to stop at this traffic light here. I'm going to go right through it.' Then you kill someone else, and then it is your doing," he said, comparing virus guidelines with traffic laws. "This is the same thing with the virus. You cannot go not put the mask on because when you breathe, you can infect someone else. And you can infect someone that then gets sick and may die."

You are living in 1976 and chances are you are going to experience 1776 before all of this is done.