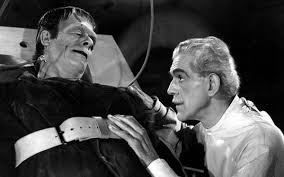 Do not worry my creation, you are not alone, as Dr. Fauci
has created billions just like you to roam the earth with pleasure.

Update - Uranium In The Vax ?? Two Key PrePrints
Vanish And Only Their Title-Author Credits Remain

In the attempted discovery of what is in the vax, there is an ingredient which people have thought is uranium, due to the fact that the extraction of mRNA has published data to include the use of nuclear materials. The ingredient is URA which has been mistaken for uranium.

You can thank TL for this who knows more about chemistry in all of it's forms than the people who invented the science. URA stands of URACIL, and as a matter of fact, Jeff Rense and Erica Kahn have thought how dangerous this vax is with nuclear particles, I can assure you that uracil is much more dangerous than an atomic bomb.

Here's Why COVID-19 Vaccines Like Pfizer's Need to Be Kept So ...

Nov 27, 2020 ... The uracil problem can be dealt with by adding a modified version of the nucleotide, which Toll-like receptors overlook, sparing the RNA from an ...

Abstract. A uracil-to-cytosine point mutation at nucleotide (nt) 472 of Sabin oral poliovirus vaccine (OPV) type 3 is found in conjunction with ...

The nuts and bolts | New Internationalist

Dec 30, 2020 ... This method doesn't involve any uracil substitutions and instead modifies the chemical mixture containing the DNA and mRNA before the delivery ...

In your DNA there are amino acids, four of them, and they are the carriers for all that goes on in your body. What the Frankenvaxers targeted was uracil, because it is unique.

Scientists in laboratories across the world seized upon the genome sequence of the new virus: a 30,000-character-long string of four molecules – adenine, cytosine, guanine and uracil.

So it is something far more reaching than uranium. This is the building block and the programming code of the cells in your body. Do this right and you get a flood of response in the body. Do it wrong and the body does not notice or it will kill people.

Pfizer and BioNTech and Moderna, in contrast, chemically altered the uracils, one of the four nucleotides that make up RNA, in their spike-encoding sequences. Weissman’s group had shown in 2018 that uracil-modified mRNA triggered potent neutralizing antibodies and other protective immune responses in animal models. He notes that a BioNTech study comparing modified and natural mRNA vaccines also found that the modifications boosted the antibody response.

All of this is about, is faking the antibodies in your body out, so it does not rampage and kill the mRNA or Synthetic Prions out side of cells. By modifying this prion structure using uracil, it allows for this hyper manufacture in the human body for the shedding of the prions on others. No one knows what this modified version is, only that it is in the vax, and in that, the Frankenvaxers are not explaining what is in this experimental potion which is harming people and killing people, and the evidence is revealing that it has zero protection against the virus, because this is gene therapy and not a vaccine by design.

The uracil problem can be dealt with by adding a modified version of the nucleotide, which Toll-like receptors overlook, sparing the RNA from an initial immune system attack so that the vaccine has a better chance of making the protein that will build immune defenses against the virus. Exactly which modified version of uracil the companies may have introduced into the vaccine could also affect RNA stability, and thus the temperature at which each vaccine needs to be stored.

We can see the results of this vax. It has been harmful and it is being injected into babies for which there is not one reason medically as children do not get this plague. It is though more information which only the Lame Cherry is bringing to you and the always experts who search for answers and do not find them.