The Least of Kathy Griffin's Concerns 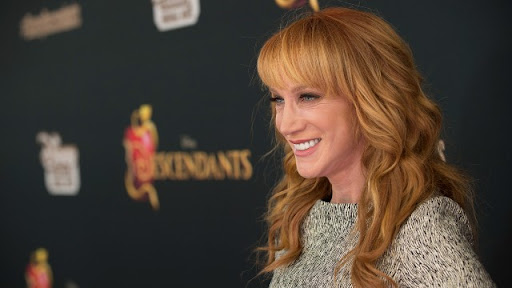 I see that Kathy Griffin has lung cancer and is going to have half her lung cut out as a treatment.

3 hours ago ... Kathy Griffin revealed Monday that she has been diagnosed with lung cancer and is undergoing surgery to have half of her left lung removed.

She says she never smoked, but there is smoking and then there is taking hits off of high tar reefers which imbeds enough cancer causing things in tissue to start the process rolling. Hell she slums around all over the place and lots of places have Fukushima radiation, Chinese factory smog  radiation settling on America and old John Wayne nuclear fall out radiation, so she has had lots of opportunities.

The people who Kathy Griffin hates which is Trump type people will figure she got what she deserved as she is a horrid person to people she hates. I for one hope that the experiences awakens her from wokeness to Jesus the Christ and she changes her attitude. As she has a husband she must treat him well enough that he has not drown her, so if she could just treat other people that way, she would be on the path to not being a whore for the 1%.

I hope she gets Christ's Peace and makes the best of the time she has left, as she probably is vaxed up, and we all know the world is not going to be a pleasant pedo gulag as all of this agenda keeps being implemented. Other than that she is going to be in a pretty sorry state in the lung chop, recovery, lockdowns and that prion in her body.

I do hope it turns out well for her, meaning she is less of a beast to others, as this might make her worse as life and death things do change people. Rush Limbaugh pretended he got religion and with stage 3 he got the wrong treatment and made a rich widow and happy relatives out of people with bills yet due here. Maybe Kathy Griffin will have her moment too, although she is seeking attention again like her fake Covid and her fake cutting off Trump's head, so the cancer in this case has not a very responsive student thus far.

Before she went downhill, she actually was kind of English homely attractive, like those things on Masterpiece Theater you watch and would only date if you were desperate to be married. So maybe cancer will agree with Kathy Griffin like it did John McCain in he thrived with cancer. That would be lovely for her I suppose, but probably not get her lined up with Jesus, and this is a real line in the sand of not what would Jesus do, "But what am I going to do when I meet Jesus" which is what this is all about in she got warning, unlike John Denver who just took a header into the ocean.

That is about all that is left to write about this, but would it not be possible with this prion that cancer is the least of Kathy Griffin's concerns.