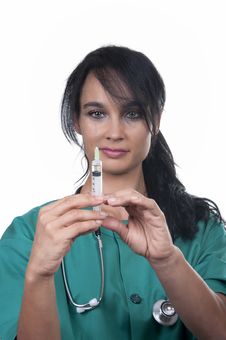 We have before us in the competing propaganda of the repentant unvaxed who want on their death beds to have the vax, pleading for it, begging for it, but alas it is too late as the nurse pulls the macabre curtain and all fades to black as the worst demons on hell shriek from that pit to rise to tear the unvaxed departed and drag the away to the worst vax hell, worse than Hitler, worse than White People, worse that Protestant Christians, yes you can read this pushed daily on the CIA's platform of Yahoo.

If you are interested in knowing what is coming, they are telling you. What is coming is a super antigen, a cloned antigen, which is going to kill every Coronavirus known to man, this is the savior who will redeem, greater than Jesus and the Apple of God's Eye beyond Jews, yes this monochronal antibody is the one to cure us all of all the ills brought on by Trump voters.

No, nature will find a way to outwit a specific antibody for Coronaviruses as it has for the history of humans and it will be killing off the sick and old as it always has. The Coronavirus mutates readily and so will this one as it has, in becoming less deadly, but you will never know it, because the push is for vaxing all, and the propaganda is lying to the public, featuring these horrid 1940's based Hollywood stories which steer the low IQ and those who can not survive without a cell phone intimacy.

Researchers working toward one vaccine for many variants

Two separate research teams last week reported on laboratory tests of monoclonal antibodies that appear to protect against a broad range of COVID-19 virus variants. One study, published on Wednesday in The New England Journal of Medicine bit.ly/3kgzEZU, identified "high-level, broad-spectrum" antibodies in blood samples from survivors of the original SARS outbreak in 2003 who recently received the Pfizer/BioNTech vaccine against SARS-CoV-2, the virus that causes COVID-19. In test tube experiments, some of the SARS survivors' antibodies induced by the vaccine could neutralize not only all of the current SARS-CoV-2 variants of concern, but also five viruses that have been identified in bats and pangolins and that have the potential to cause human infection. In a separate study, published on Thursday in the journal Immunity https://bit.ly/3kk3HzS, another research team describes an antibody that was highly protective at low doses against a wide range of COVID-19-causing variants in mice. "The antibody attaches to a part of the virus that differs little across the variants, meaning that it is unlikely for resistance to arise at this spot," the authors said

May 26, 2021 ... Monoclonal antibodies are laboratory-made proteins that mimic the immune system's ability to fight off harmful antigens such as viruses.

The Lame Cherry features now two competing narratives from the Mockingbird. The first is a Missouri father of thousands, who speaks of vomit and death in the macabre emergency centers in Missouri. Thie Lame Cherry informed all of you that the 1% especially hates Missouri rural people and they are a target of this.

You will notice that the wife was the only one with brains who got vaxed. No one asks if she shed on her family and almost killed them all. No matter because the family got sick, without the vax and recovered without the vax. You were not supposed to notice that.

“I went to my room and stayed there,” he said. Anderson remained at home and quarantined from his family for two weeks. Every one of his seven children who are living at home — ages 3 to 18 — became infected with COVID-19, too. The only family member at home who was not ill was his wife. She also was the only family member who’d been vaccinated.

Competing with this Missouri narrative is the Jew narrative where everyone was vaxed and they won, but now they are back to being a rotten apple in God's Eye, as the Indian variant is nailing the Jews, who were vaxed, but that Missouri wife is the Apple of God's Eye as she was vaxed and safe.

See the narratives do not match and are in conflict.

In June, there were several days with zero new COVID infections in Israel. The country launched its national vaccination campaign in December last year and has one of the highest vaccination rates in the world, with 80 percent of citizens above the age of 12 fully inoculated. COVID, most Israelis thought, had been defeated. All restrictions were lifted and Israelis went back to crowded partying and praying in mask-free venues.

Fast forward two months later: Israel reported 9,831 new diagnosed cases on Tuesday, a hairbreadth away from the worst daily figure ever recorded in the country—10,000

So the vaxed are safe and yet are unsaved. Vaxed people are shedding and they are getting people sick.

Now get this, David John Oates in Australia is unvaxed. Went to a birthday party where all were vaxed. He IMEDIATELY got woozy, off colour, about the time he left. He got the shakes, he got the shivers, woozy stomach, low fever, and although he was feeling better the next day, but it was still there in the background.

David contracted an Allergy Flu or whatever it is from this synthetic prion. He got sick not from the virus but vaxed people. It is the proteins causing the problems, including blood clots and other things the body must flush, whether it is diarrhea, mucous, or other discharges.

What is coming is you will be told a booster is coming. Boosters will come in this super antibody. Expect this after the boosters fail and THEY WILL FAIL and be blamed more on the ReVaxNiks, will be for this disaster of a super antibody vax, which will in turn produce a new series of Coronaviruses which humans, cats, dogs, bats, all animals will have to suffer through who have not been vaxed in gaining immunity to the natural evolution of viruses being attacked by the 1%.