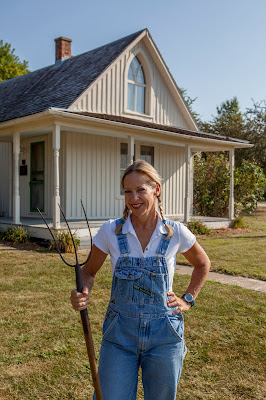 The old people are dying off here and I have lamented this for the last years, as most of you have no idea what the term neighbor means as it does in the Brier Patch.

What this started with was bumping into the daughter of two farmer brothers, who are having predator problems as the regime is growing predators which are killing their cats. The one description was their cat had four coons on it, before he yelled at them.

We could not raise the one house as they were probably napping after dinner. The other couple was up and for the next half hour we visited with them as it was too damn hot outside to stand around in the words of the husband.

So you know this, I have known these people my entire life, but I have not spoken to either one as there was never a reason for it. We would wave but that was it.

We had a very good time, laughed and learned that his brother was blasting so much out of their house at predator that they couldn't get to sleep and thought it was the 4th of July. The brother thought his gun barrel was bent, the one we were talking to, said "He needs to get his damn eyes checked".

In the Brier it is blood lines. It is hard to explain, because once people know your family, and they are not problems, you get access to anything. When TL came here TL could not figure out how we communicated in asking always who people were, but it is our defense system. It is breaking down now in others moving in, but I have mentioned that people who lived here 25 years are still those new people.

That is the understanding with TL, in I knew once TL was in, in people know my family, that TL was gold. Just do not make a mistake in offending someone twice, and in a couple of years, they will not pay attention to you, and begin defending you as one of their own.

This is why we are here in the hinterlands. I know these people with more nuances than a Queen's banquet. I can tell by their subtle expressions and body language in what they really are thinking. This residence is earned. There are people who move in and never earn that acceptance. We met a gal who lived along the lake so was "lake people", but as soon as I told her where we were, we were good as gold to her, because we were of her community. Lake people for us are people we do not like as they are rich, usually not local and they cause problems like throwing beer cans out on the road.

All of us need God, but I have what numbers of rural communities have, and that is community. Community amplifies all I have and makes up for what I do not have. I speak a language yet of generations and as there are fewer of us, that language is more precious. In sheer distance and space,  the percentages for survival and perpetuation is better than no percentage at all.