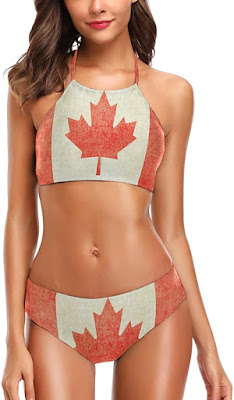 In this Chicom HAARP enhanced drought of America by the 1%, the Lame Cherry revisits this situation with another solution, as the fact is that President Theodore Roosevelt castigated failed American administrations for not settling Canada as Canada is understood American territory. It is a reality that the United States has a right to the land bridge to the 49th State of Alaska, and with the water shortages of America due to drought, it is time that this issue be dealt with by military occupation of Canada.

The Lame Cherry has done an exhaustive 10 minute study of this problem of water for the United States and has formulated the solution. 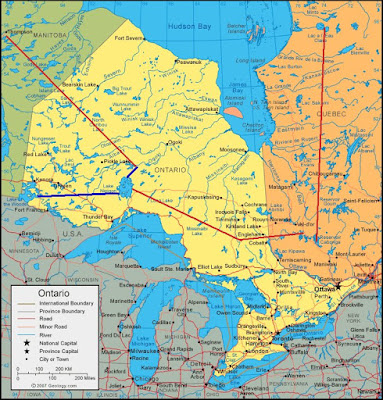 The solution is to build a pipeline across the headwaters of my beloved states of Manitoba, Ontario and Quebec which have an abundance of water which is wasted in the Hudson Bay polluted by fish and bear shit.

The western pipeline will run from Thompson Manitoba to Pickle Lake Ontario. From the east the pipeline would run from Lake Eau Claire Quebec to Reservoir Cabonga Quebec. A pipeline would then run west across the headwaters of the Ontario drainage to the Lake Nipigon watershed.

From there the pipeline would pump to Lake of the Woods, where a dam impoundment would be created. 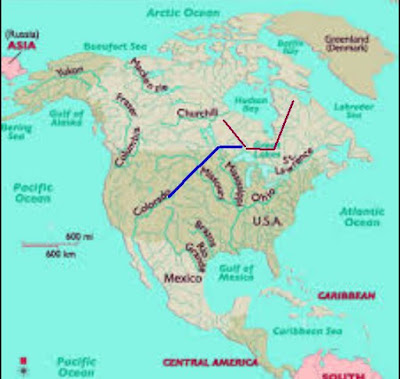 At this point a massive pipeline would traverse across Minnesota, North Dakota, South Dakota, Wyoming to the natural headwaters of the Colorado River, already being tapped by Colorado, California and Arizona in those pipelines have already been established.

The Lame Cherry  projects that this pipeline will produce several billion gallons of freshwater which will be placed under the control of the states which it crosses, and mandated for orchard, vegetable irrigation and human use. This will not be federal in the shutdowns ruining production for working people.

The Lame Cherry also foresees the bridging of the Frasier and McKenzie rivers and bringing by pipeline those wasted waters to the Columbia River Gorge, which of course would water Idaho, Oregon, Washington, Utah and Nevada, to make them a paradise garden of orchards and garden farming.

It is a simple matter of deploying several divisions into Canada, wiping out Ottawa, informing Canadians they are now Americans and to behave. Canadians respond well to orders and the immediate building of the pipelines with American steel with only American workers who have been in America as Americans for the past 20 years.

The American West is weather mod denied water. It is the right of America to access their waters which London has had no right in establishing a crown colony in violation of the Monroe Doctrine. This water is being wasted and it is therefore the right of annexation to take this water for the United States.

Furthermore, as Mexico has failed in only producing low IQ poverty primates, The United States must annex her historic territories on the northern Mexican States and irrigating that region. All Latins will be shipped back to their nations as America will shift to robotic farming and industry and the need for primate slave labor is only a bankrupting cost that Americans should not bear for the 1%.

It is time that America acquire her Canadian waters and irrigate the American States south of the Rio.