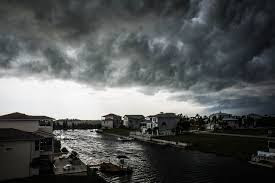 When this was composed by the Inspiration of God, it was June 11th, so you can recall the weeks and months to this time, and see how fitting this Psalm Inspired by the Holy Ghost for David is and why God moved me to post it here.

My attention was to verse 7 as that is where I was directed to be reminded, as here am I poor and needy, and this satanic realm has been most unkind to a poor orphan girl.

“Because the poor are plundered and the needy groan,

I will now arise,” says the Lord.

“I will protect them from those who malign them.”

I bless the Lord to arise and to protect us, and in this, I know He will. Sometimes my prayers bring about results which are more trying for me than I intended, while meaning to burden others, but I have Faith that the Lord will deliver us and will deliver good to us as He is Faithful and overflowing with Care for His own.

It certainly does seem that there are no good people in this world any more. That goodness has vanished and evil is now promoted as the acceptable good in all nations of this vile planet.

The vile has been honored and is the mark placed upon all the willing who relish this apostate planet.  The wind of change will pass over the Lord's Anointed and Him they will remain secure. It is what I believe, that Light will be in the growing darkness of God's own. That the storm of time will move forward but the Lord's will be distanced from it every moment it advances. We of Faith are in the world, but not of the world. We of Faith are in the End Times but not in the plague or the death.

Praised be the Lord for that deliverance which gives Peace in all turmoil.

For the director of music. According to sheminith. A psalm of David.

1 Help, Lord, for no one is faithful anymore;
those who are loyal have vanished from the human race.
2 Everyone lies to their neighbor;
they flatter with their lips
but harbor deception in their hearts.

3 May the Lord silence all flattering lips
and every boastful tongue—
4 those who say,
“By our tongues we will prevail;
our own lips will defend us—who is lord over us?”

5 “Because the poor are plundered and the needy groan,
I will now arise,” says the Lord.
“I will protect them from those who malign them.”
6 And the words of the Lord are flawless,
like silver purified in a crucible,
like gold refined seven times.

7 You, Lord, will keep the needy safe
and will protect us forever from the wicked,
8 who freely strut about
when what is vile is honored by the human race.