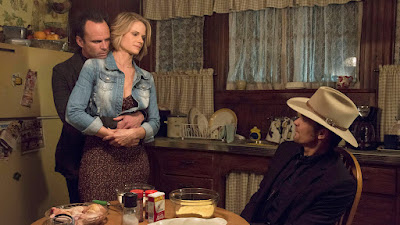 I was listening to Devvy Kidd on Jeff Rense, and she was from Texas harping about the resistance is growing, as she was saying, You put Americans in numbers into FEMA camps and they will revolt.

Jeff Rense replied, "Well we will see if Americans are above room temperature", and that is the reality of this.

I watch people who should have sense, biting on this variant thing. Our Pizza Hut was locked up again on orders of this variant. I see more of these tard mask wearers, in the Pavlov Dog has been trained and they do not have to be ordered what to do, as they close the cell door behind them. You do not need a police state, as Americans are gulag in their hearts.

I have been studying this and contemplating this issue or scenario for some time.America is nothing special as in 1776, only 1/3rd of the Americans were in revolt. In the Civil War, most Americans were against Abraham Lincoln in his war against the South. Yet for all the Copperheads in the North, you did not see mass shootings of the war leadership. You did not see papers or businesses burned down. People just took what the police state was ordering.

Oddly enough, it appears that the police state holds a key that people will not do anything to save themselves. Is the strangest human reality. It seems that the only psychology which prevails is reflected in of all things Director Alfred Hitchcock in the mystery movie, Crisscross.
For those unfamiliar with the plot, which was hijacked in the Billy Crystal and Danny DeVito comedy, Throw Mama from the Train, where in order to have an alibi, two people agree to commit murder for the other person as the authorities would not have any motive on the person who engaged in the crime.

Psychologically humans have a safety valve of a conscience in they can not commit violence to save themselves, but they will squash a spider to save someone else. That is what the secret there is to warfare or state executions. A human could not be sent out to shoot Adolf Hitler or Germans in world war two as it would be personal in their doing it. Put a uniform on someone and tell them they are shooting Adolf Hitler for someone else, and they will pull the trigger. Armies do this all the time with effect, as much as the hangman pulls the lever for the state, but he would shake if he had to take responsibility for it. This is the psychology of people.

If the psychology is intimate, people will not do it. Change the paradigm though in for example, people being dragged off to concentration camps, while they will not save themselves as the Jew proved, a neighbor would instead rise up to save a neighbor by killing the offender. This is the Crisscross psychology.

In that, history and the modern era has proven that people will not resist to save themselves. Observe Kyle Rittenhouse who was chased, beaten and almost raped on the asphalt, before he finally responded to try and save his life. That is an extreme attack on Kyle Rittenhouse, and yet it had to be repeated before this armed child responded to save himself. People will though when disconnected from the attack, respond to save others. We witnessed this often enough in the Soros and Buffett funded BLM and ANTIFA murdering others, not because the individual was attacked, but because the mob around them was resisted.

Consider the murder of Ashli Babbitt. The Black officer who murdered her, did not engage in this to save himself. He was in hiding and ambushed her. Instead this unarmed woman was shot down at point blank range because this officer was shooting her as an example with the scenario that he was saving some Congressgender.

So in this psychological projection, the psychosis of humans progresses as much as in law enforcement mass shooting those who attack their ranks, in the "resistance" would engage not when the person is dragged from their house, because that person will not resist, but the resistance would be when a neighbor would engage in the lethal force to resist for the neighbor.

This is not as Gerald Celente says in United We Stand and Divided They Bury Us. The group and mob was chased out of the US Capitol and hunted down. There are few people like Gerald Celente at 75 years old who will stand up to a 35 year old restaurant manager telling him to come outside and settle it.

Instead it will be someone else who will resist for them. New Yorkers with their ethnics will not stand up for an old man, but the resistance point appears to be as in the old Israelite covenant process like David and Jonathan, who made a blood oath to die for the other, as in marriage in till death do us part.

The psychology of resistance would be neighbors looking out for each other, or in rural folk areas, in relatives resisting for the others. That is why feuds like Hatfields and McCoys resisting each other for the others of their group.

There is not any advocacy in this from this blog. It is the forensic psychology of trends of human psychosis. If there is any resistance, it will be by agreement where someone will agree to resist to protect the other. That is the psychology which will produce the mentality of 'justified", which is encapsulated in Leonard Elmore's Justified which was a study and a popular series, which examined how criminal law enforcement was in their means and how just crime was in it's ends.

The 1% is aware of all of this as they are the geniuses who direct all of our lives.  This blog studies this subject in the observation of signs of projections. The key is to know where to look to see if the trend appears, and if it does not appear, then that psychology has been avoided by the design of the 1%.