The Way It Should Have Been 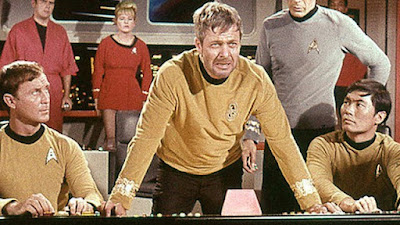 I was surfing on Gaytube as sometimes I can just click on the additional links and they are more interesting than what I' watching. This link was about 10 actors who turned down roles on Star Trek. The problem is most of them were on Star Trek, so what the hell was that.

For me, I like the what if's of casting more than the casting. I believe with all of me that only two people ever defined a Star Trek Captain and all the rest failed miserably. The two are William Shatner and William Windom. Windom played the emotionally broken Captain in The Doomsday Machine. I forget now who was supposed to play that role, but it might have been the guy who played the guy hunting down the Wild Bunch by Sam Peckinpah. 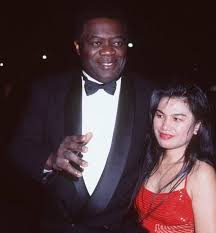 It is hard to name the worst actor as Captain, but that English troll who played Jon Luc Pichard was dismal. He was just English Navy hokey. The actor who was supposed to play Pichard was Yaphet Koto and actor I simply relish. I loved him as Idi Amin Dada in Raid On Entebbe. He has been so remarkable in all of his roles, he is like Othello every time he hits the screen. It is the worst dynamic which never took place as Generations was always weak. When you have a Klingon and an Android as the best characters, you know the cast is about as dismal as what is now on the running board.

The power of Koto would have propelled Star Trek to greater heights, and it may very well have taken it from the B grade Roddenberry form which has always plagued that series. 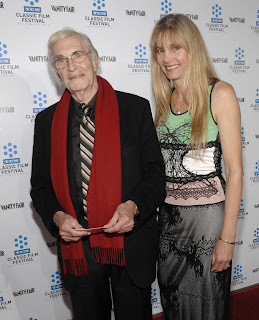 The second actor was Martin Landau who did not want to play Spock as he saw the character too wooden. Leonard Nimoy was superb in transforming hints of expression into emotions which filled the screen in showing himself more human than humans. Maybe Landau would have never eclipsed the realm with Spock as Nimoy did, but Lord God I would have loved to have seen him cast as an evil or amoral Vulcan. Could you imagine anyone more sinister than Martin Landau with a goatee, as Spock wore in that reverse universe episode? Landau would have terrified people as what a Vulcan could be without logical bounds, but the logic was determined to obliterate you.

Nothing like a rogue Vulcan colluding with Klingon and Romulans for the destruction of the universe. I would love to write such a series, but Star Trek simply sucks now. It does not have the moral drive of the original cast in order to balance it to an amoral cast as everyone is supposed to go woke and be pedo and prey upon Christian ideals.

Look, all Star Trek after the first series, has zero writing. It was all rewrapped and all too much Roddenberry woke shit. Even with that, good directing was never a part of what followed. Great directors assisted Star Trek original, as much as directing turned Hogan's Heroes into the masterpiece it was in the same period. You have to direct actors or they will not fulfill the role.

William Shatner was a very good actor before Star Trek, but the directors there brought him higher. He never did well after that, because of bad direction in the roles he had. Watch Werner Klemperer and John Banner on Hogan's Heroes, as they disappear in all other rolls.

Koto and Landau could have made defining roles if the direction was there.

I would have loved to have had God write the time line for me to write, act and direct the visions I have, but His purpose was to be here helping the good to Heaven and the gimps into hell as a waymark for this time. Lots of regrets in all of my existence in never having what I needed growing up and being left exiled and isolated for so many years in agony and torture. Now I only look forward to forgetting it all in the next life, as it will not matter an no longer be a regret.

There just never was anyone like Martin Landau or Yaphet Koto.

The offer always stands. You rich people donate the millions in escrow for a movie, I will write the screenplay, do the casting and directing, and I will turn out movies the way they should have been before Mockingbird ruined it all.