A Big Damn War is Coming to Change the World 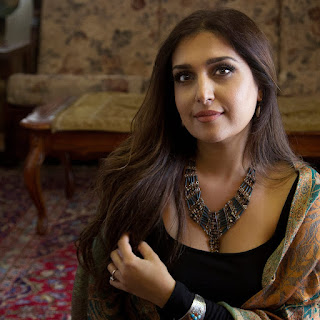 Patrick Buchanan, is someone whose insights this Lame Cherry has always valued, but his assessment of Afghanistan is fiction as the world of duty, honor and truth is not what America is. So this blog challenges the assumptions of Mr. Buchanan based on the facts.

Buchanan - Afghanistan, The Worst Is Yet To Come

This is going to come as a surprise, but the Taliban is not the worst thing to ever happen in Islam. They are against false religions, are against the international poppy dope trade and being a part of Pakistani intelligence, they are a competent and stabilizing force.

What the worst is to come in Afghanistan is by design by the 1% which stole the election for Joe Biden. Everything about Afghanistan was designed as an open door for China. China is allied with nuclear Pakistan. China is bending over for the Taliban. Pakistani intelligence is running a counter force called ISIS K, which has already proven useful in afflicting on the Joe Biden whose policies Pat Buchanan supports in the US retreat from that nation. The attack on the Kabul airport is but a future text in all of this. The Taliban was by Chinese money able to bribe the Afghan military to stand down and the American CIA and DIA allowed this. This is all by design.

Option two is for ISIS K to start blowing up things Taliban and things PLA Chinese, whereby China comes pouring into Afghanistan to protect their interests and oil flow from Saudi Arabia and Iran via the land bridge. I would expect China will face an oil strangulation and attacks on Chinese interest in the Himilayas in the next time sequence.

This is Great Game India and of the British. What will take place in this is conflict between the United States and China. A US blockade of Chinese imports is factored into China moving hard for the overland route. There are the two main pieces on the board, and every move will be made to place each in jeopardy, with each dull mindedly thinking they are the Apple of the Illuminated Eye.

Indeed, there will be a temptation to counter our defeat and humiliation with defiant gestures or precipitate action to restore our lost credibility. Henry Kissinger’s advice on any such action today seems wise:

“No dramatic strategic move is available in the immediate future to offset this self-inflicted setback, such as by making new formal commitments in other regions. American rashness would compound disappointment among allies, encourage adversaries, and sow confusion among observers.”

The quote does not comprehend that retreating from Afnamistan is the strategic move already. The strategy is to lure the dragon out and kill half it's forces in protecting an impossible land bridge.

Dr. Kissinger of the 1%'s counsel is to look even more feckless as moving would make American look rash. Yes America should sit around and look even more Biden weak, as that is certain to hold China at bay. That is satire if you are not that bright.

The United States should have already implemented what the Lame Cherry stated in a nuclear mine field from Japan to Indonesia, for cobalt h bomb tidal waves. If the United States does not do this, China will use nuclear warfare to isolate and annex Japan, Australia and Hawaii. China needs food and fuel. The Mideast will provide the fuel, but it needs food and that is Indochina and Australia. In order to remove vulnerabilities, China will like Japan, move to cripple the projection of the United States by annexing the Alaskan oil and gas fields. China will repeat the Japanese enterprise of 1941 AD in the year of our Lord and Henry Kissinger is telling Biden to be Frank Roosevelt and allow it to happen.

The worst is not yet to come in Afghanistan. The worst is to come for the United States. Asia is lost. The Mideast is soon to be lost.

The war with China and Russia did begin in August of 2021 and no one has noticed it. The war was US retreat and Chinese occupation. That is what war is. China in one move now is in direct access to NATO Islamic Turkey, in a route from China - Pakistan - Afghanistan - Iran. 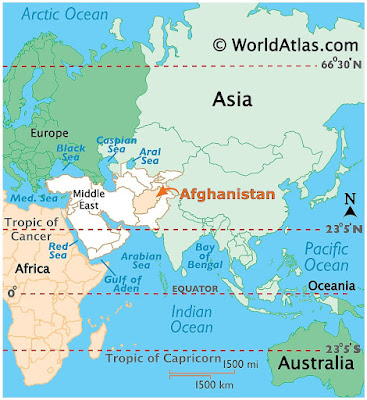 China is at the steppes of the Slavic breadbasket of Europe.

Even a dolt can see this chessboard has outflanked NATO and very soon will isolate the United States. Before an investment against the United States in the Pacific. it would be logical that China would expand from it's bases in Horn of Africa and Central Africa to the north, thereby placing Europe in jeopardy and forcing a realignment of neutrality in booting the United States out of Europe too.

In many ways this mirrors Adolf Hitler's conundrum of Mussolini in World War II. Germany had no equal, but Germany's allies in Italy, Spain and Japan were incapable of the necessary support. The United States has zero allied support of any ability.

Take North Africa, and the Soviet Solution for the United States is completed in America is hostage behind her ocean walls, now walls of Russian, Iranian and Chinese nuclear submarines, with immigrant Chinese poised to the beach heads of the West Coast and Chicago to welcome the PLA moving out of Alaska in the last phase of this venture.

Pat Buchanan is sipping too much geezer green drinks as this is about what the 1% is initiating for their order. This is not about fighting a war over there to keep them from coming to America, in that crippling effect which the Pentagon ate America over as Europeans basked in socialism. This is now about the Eurasian alliance coming in every move, assisted by the traitors in power in America, in Asia is lost. The next phase will be the Mideast and North Africa.  China should not open a two front war, so would leave the next phase of Indochina, Japan, Australia and Alaska to the second phase.

In this, the United States must lure China into the Mideast with half it's forces and then kill those forces there as it blockades the sea lanes into China. America is not going to be allowed to put in more than position forces, which will be obliterated in the Mideast and Africa. What you are witnessing in the Pentagon and State begging for the Taliban for safety for their sodomites, will become a common plea as DC begs for safe passage for it's operatives out of the zones China will annex and must annex.

The Taliban is not the problem. The Taliban will be ISIS K Obamalings attacked and this is to draw out China to protect it's assets. Pat Buchanan should stop the Bill Buckley green potion libations as his mind is in 1950 CIA propaganda and that world is gone and a new paradigm and dynamic is formed, as distinct as the one George Patton was alerted to when he wanted to leave the army, and he was counselled to stay as a big damn war was coming which would change the world.

Do not believe the false history that Afghanistan killed empires. Afghanistan made empires. The only two empires who were driven out were the British and the Soviets, Do not ever forget that America won Afghanistan, George W. Bush stupidly turned Afghanistan over to the British who started poppy cropping again, and it was the British who deliberately overthrew the United States victory there for the dope trade and the coming next world war which America is arming to lose.

Afghanistan is setting in motion those Prophetic realities which are about to manifest all through the world.

For those who are in the Buchanan speak, read this quote from September 2020. It states plainly that the religion which Joe Biden is following is from messiah Obama and that the next move is for the United States to abandon the Mideast in Saudi Arabia and the Jews, just like they did under Obama in the Libyans and now under Pedo Joe, Afghanistan. This is established POLICY. The great war comes from this abandonment and retreat.

The Middle East “matters markedly less” to the United States than it used to, to quote a much-discussed 2019 article by Tamara Cofman Wittes, a former State Department official under President Barack Obama, and Mara Karlin, a former Pentagon official under Obama. The time had come, they concluded, “to put an end to wishful thinking” about Washington’s ability to affect the internal dynamics or external calculations of regional actors.

This is the Middle East mission that Democratic presidential nominee Joe Biden would inherit should he win in November. He will be in a far better position to follow Wittes and Karlin’s suggestion to “pivot” away from the generational obsession with this intractable region than was Obama, who was pulled back in by the civil wars in Libya and Syria and the founding of the Islamic State’s so-called caliphate in Syria and Iraq. Biden is likely to take advantage of that opportunity, though probably not to a degree that would satisfy the realists and progressives who would like to see the United States liquidate its military presence in the region.