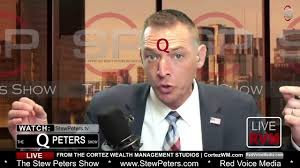 There is an ignorance among Americans. They hear of 1776 and thought all were Patriots, when the fact was George Washington and the Continental Army were being sold out daily by American spies for the British and General Lee could not assist Lord Howe fast enough after his capture in how to defeat thee Americans.

The Lame Cherry states this as a preamble in I was listening to Canadian prepper, Stefan Verstappen, and he was getting lots of phone calls about people being depressed and lonely in being so isolated over this Coronavirus chit yet in not being around other people, and now so many people got the vax and they felt worse.

I know my background is unlike most of you, or no most of you, in I spent the greater part of my life in confinement and torture in the worst forms. I have  the ability to deal with psychological pressures by experience that most of you would crack under. Not that there is anything superior, it is about choices in digging down inside and deciding not to quit.

For me when I drive home from town, I think of the days ahead with the vax zombie all brain rot and the stewn dead bodies everywhere, looking like white limestone rocks, the way the buffalo did on the plains in 1880 before the bone pickers came.
I hate people. I hate being around people. I hate people on our place. I hate people driving by on my road. I'm reminded of TL saying how isolated it was here when TL came, and now TL says there are too many people. We get along as Lori was telling us today in agreement, "I deal with people all week and I don't want to be around anyone all weekend".

So the proclivities of having to get vaxed because your friends are, and then being the Judas Goat bleating others to be like you, is not in me. I grew up with an odd ass name and it grew on me as I like being myself and I learned young that I was not a follower. If I had to go off on my own to make my way I knew was right, I sure as hell was not following Darwins to their lemming rituals of jumping off the cliffs.

This blog warned of your new leaders which were already groomed and chosen. Tucker Carlson is the new Judas on the right. If you read his headline and his propaganda, it is to confront those who confront you and to not comply with authority. That works when you work for the 1%, but it turns into January 6th for everyone else.

Tucker is a friend of pedo Hunter Biden. He protected the pedo. He is now telling you to stop having sense after January 6th and come out and expose yourself again. That is what he is paid to do and you had better not follow his advice and admonition or you will have Homeland and the FBI arresting you in the next round up, because when you see Pedo Joe gone, the gloves are coming off.

A pro homosexual, a pro vaxers. No not talking about Tucker Carlson, but those are two of your former leaders in Donald John Trump and Sean Homo Hannity. You can get the same stuff from Joe Biden and that Dyke on CNN and NBC. Same ideology and they claim to be on the Conservative Christian Right.

You have not even looked around in this deluge of information to figure out how far you have been swept to the left. Same thing happened to the democrats as they ain't adulterer John Kennedy any more.

As you probably missed it, in the conversations Jeff Rense has, and when he is not being girly, he does have some very insightful and meaningful conversations with his guests. Two main characters have been moved to the front on the fringe in the Health Ranger, he looks like my cousin, in that pink coyote face look and Stew Peters who has been featured here, who looks like those penis headed federal and state employees who pass the woke questions to get hired to the federal and state police state.

Both have very good programs and information, but both came out of nowhere since the crackdown on the Jan6ers, and neither has suffered, but instead became premier amplification voices on the right. The Ranger is on Alex Jones and Jeff Rense made an interesting comment in Alex Jones is so fat now that someone may replace him, and that would be Stew Peters who is by design getting all the best guests, has great production surpassing Tucker Carlson and FOX, so you do not ask why these people are not having the FIB indictment them at the DOJ, while others are. These people just like Donald John are telling you all the right things to make you believe, and in time like Homo Hannity and Peggy Noonan will be voting for Obama at the ultimate moment of betrayal.

Peters is out of Minnesota. Lots of chit happens there in CIA operations. There was the ricin cases, the 9 11 hijackers were there, Minnesota was where the Obama Intifada went George Floyd toxic. Odd how that state like Missouri surrounded by normal Americans is always erupting in some shit that sets the political paradigm to the 1%.

None of this is by accident. So Stew Peters getting the spotlight is being awarded it by design. If you bother to look, the Qanon following is gravitating to Stew Peters who is Q Peters from this moment on. Election theft is gone and the new distraction is forced vax and this biological weapon. If you notice the progression, Rush Limbaugh could not hold the fringe crowd as he like CIA Buckley told them to shut up and go home. Art Bell held them well, but NIA George Noury has been a catastrophe, which gave rise to Alex Jones and as Jones was crippled, the platform which fed it all after the Alt Right was built by the 1%, there appeared on the Obama test case of Ulterman in the Mitt Romney years, that interesting Qanon, which literally caused things to get out of hand on January 6th along with Trump in his "WILD" and neither one has been arrested. So of course Qanon was a DIA operation, and if you bother to contemplate it, General Mike Flynn got religion after the elections, and knows who set up America in who fed him information and Flynn like all of them have protected the operation run out of the DIA.

So in a plus minus world, Flynn is either saving his own skin like others or Flynn has been a plant all along.

As Qanon has passed a new seer has arisen in Q Peters who does excellent work, just as all of these other funded mic heads have done for decades as Rush Limbaugh was no more a risen star than Obama was. The 1% plugs in those who can whore the narrative and pull the rug out from under Americans just at the precise moment of anxiety in the last card being played.

The Lame Cherry has informed each of you, that you are being lured out again, because you apparently are too savvy in behaving. Jeff Rense often states that Americans will not fight or protest again. That is incorrect as the American psychology is they are not going to get themselves the Jan6 treatment. They will move if triggered, but the 1% is not triggering them by design. At this psychological juncture the objective is to get the most people into zombie state in the necessities, and then apply more pressure psychologically to break those holding out. Do not think of this as is being stated the 1% wants everyone dead. No they want everyone they can get compliant. They can not do anything with a soul out of the body. They need the soul compliant in the body by affecting the will and the brain.
This is a delaying action as the spider spins the web around the victims not caught in the web. It is backwards in nature, but the captured struggle, those who are convinced there is a way out, will continue to allow the psychological bonds to move them into making compliant decisions to maintain what they believe.

What you do is your own decision, I'm just the parent telling my children and my non donating brats to not be taking steps off the playground in chasing some ball, because the Jan6ers had no idea what they were being set up for.

Then there was Lord Willie Howe who got the milk without buying the cow
In a bed of Redcoat whoring
He prostrated King George's peace in slavery which would not cease
While fucking Mrs. Loring