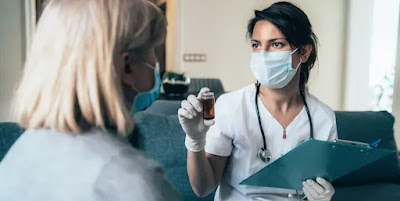 No Ivomec is a poison if you take it, but if I administer it
Ivomec is an accepted treatment

Pfizer and Merck, (Merck being the pharm that was manufacturing the anti viral to keep people non degrading compared to Remdesvir which is creating COVID out of Coronavirus) have been human rat testing a two pill a day addition to their 3rd Booster vax.

I have been looking at this and these pills are a cocktail, like the vax
.

PF-07321332 is being given alongside a low dose of ritonavir, a drug that’s expected to help slow the breakdown of PF-07321332 so that it can remain in the body for longer periods of time at higher concentrations.

So what is Pfizer slowing down wit ritonavir?

“Ritonavir is a protease inhibitor—it inhibits an enzyme needed for certain viruses to work properly,”

What is this virus? It is a Corona or Crown virus, and what is on the crown? Spike Proteins.

What is in the vax? Spike Proteins.

What are Spike Proteins outside of a cell?

They are called PRIONS.

The vax is injecting into people a super charged replicating prion.

So what is ritonavir inhibiting? It is inhibiting the prion or slowing it down that lepers just got injected into their bodies.

So they inject a disease into a human an then slow it down. Someone called Lame Cherry warned everyone that Vax Hostages were being created in people could not survive unless they had these antivirals FOR LIFE.

Here is the punchline which Jeff Rense mentioned on Wednesday evening with Erica Khan in he had information that the banned Ivomec is the second ingredient in the Pfizer Merck cocktail, which the CDC is banning and big pharm is not allowing to be provided as the AMA shuts down all doctors prescribing Ivomec.

So this is the secret potion. You can not get Ivomec to save yourself from the bioweapon virus, but Pfizer will sell it to you at record profits AFTER you are infected with the synthetic prion in the vax.

This is just amusing. They will finish infecting 200 million Darwin Vaxers with Fauci's 5 month booster and then to keep them alive, make these prion shedders and carriers buy their lives in expensive Ivomec cocktails as they slowly rot to death. NOTHING is going to stop this prion which is injected.

Logic would project for the immortal slaves, is that there is going to be continued vax platforms to evolve humans to a rotting immortal as this blog projected to keep these slaves in line.

You are reminded this blog predicted this hostage vax situation. It is now manifesting. Get to donating as you were here half a year ago in this blog explained all of this as no one else did.