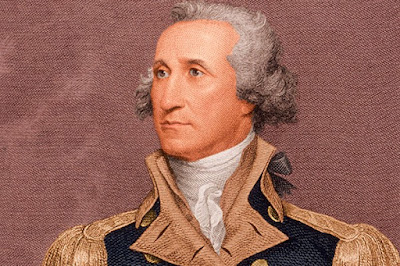 “Guard against the impostures of pretended patriotism.”― George Washington

The Lame Cherry is not going to cross examine Joe Biden's plunge into Vax Dictatorship, because all these Truths we hold to be self evident, have been boldly stated by superior intellects who laid the foundation, built the framework, put on the roof and enclosed the walls of thee American Republic in the Constitution for which she stands.

"This is not about freedom or personal choice," Biden said during a Thursday address to the nation. "It's about protecting yourself and those around you, the people you work with, the people you care about, the people you love. My job as president is to protect all Americans."

There are names in America for which she stands one Nation under God, an those names are Thomas Jefferson, a democrat.

We hold these truths to be self-evident, that all men are created equal, that they are endowed by their Creator with certain unalienable Rights, that among these are Life, Liberty and the pursuit of Happiness.--That to secure these rights, Governments are instituted among Men, deriving their just powers from the consent of the governed,

The Declaration of Independence

We the People of the United States, in Order to form a more perfect Union, establish Justice, insure domestic Tranquility, provide for the common defence, promote the general Welfare, and secure the Blessings of Liberty to ourselves and our Posterity, do ordain and establish this Constitution for the United States of America.

In no part is there any Article, Clause or Amendment which states that Joe Biden or anyone else has the authority to deny you your right to a job if you are not vaxed. In not any case does Joe Biden have the right to force something to be injected into you, or force a swab up your nose, once or weekly. In not any circumstance does Joe Biden have the authority to fine businesses or any Person over any issue whether vaxes or Obamacare. Lastly, Joe Biden can not deny you your Life, your Liberty to live your life responsibly, your Living that Life in any pursuit which fulfills your Life.

The Constitution is complete in addressing Freedom and Personal Choice. That is what the Documents guarantee an that is what these Documents specifically added the Amendments for to state that the government can never infringe on your legal personal decisions.

To make this clear, one of the Bundy's in the murder of LaVoy Finnicum by the FBI, was shot in the arm. The government attempted to operate on the shot Bundy to get that bullet. Mr. Bundy refused and the government, even though they had Mr. Bundy under warrant could not remove that bullet as evidence, because the government has no right to your body.

Joe Biden has no right to inject anything into your body, deny you a job over this, penalize any employer, make vax tests mandatory and  lastly, Joe Biden has zero authority to make the United States a Vax Gulag.

Biden defends forced vaccination and (permanent) masking: "This is not about freedom or personal choice. It's about protecting yourself and those around you, the people you work with, the people you care about, the people you love. My job as president is to protect all Americans" pic.twitter.com/XFeYk9OlSb

Those are the facts. Whether in this corrupt regime facts matter, those facts can not be denied in the actual sacred words of the American Covenants.

Understand in this, that this dividing of America is designed for the police state to crack down as that is what this is intended for. This is just one more step in concision and when this group of the woke corporations is made to submit, dictator Joe Biden will appear again and criminalize a new smaller group. The majority have numbers to rule, but the minority have rights which can not be infringed upon by the majority. Rule is in governance, rule is not a dictatorship which assaults Americans with serums.

The United States ceased in having an executive branch on September 9th, 2021 AD in the year of our Lord and succumbed to a dictator.

These are the times which try men's souls.