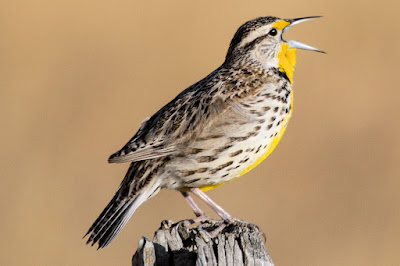 As a Christian I do not believe in luck. I do not wish luck as that is not of Christ. But in worldly terms, you decide if I'm the luckiest daughter of a bastard on the planet.

So today is August 18th, it is a hot bitch with wind and in the 90's. So we are driving home and just past the kid whose old man used to fuck women because he had a big cock and my Cousin Woody's house. Of course you probably do not know people who have big cock reputations and women come over to get fucked by it, and then the guy says, "Well you seen it you can leave". Of course the women who told that story were put off, but they were bad lays, as if they were good lays or did their squigs they would have tight twats and be invited back again for fornication. Those women never figure out they are telling their friends they are bad lays, only that the big cock was rude. Yeah how impolite can you be to an old woman who fucks a guy just because he has a big cock. Talk about a hose bag.

So we are there, crossing the county line, I got the window open because rich people with AC do not donate to me with broken AC in the pick up, and I  got my arm resting inside the window.

Often I wave my hand up and down as I drive, like hand surfing in the wind, as it is cooler and I get bored. I always think of my old man just having his fat arm out the window and being hit by some bumblebee or cicada hunter wasp. Got a big welt, but like I said I never had that happen even though I think about that, even if I did not say that.

So I'm driving and thinking of beer, and I say ouch as I look down on my bicep and I got hit by something. I think it must be a bug, you know a locust or something and I look at it, and sure as shit, it is bird shit. You know the white and brown kind. I never saw the bird, but I figure it was a Meadowlark by the taste test.

Anyway, I do not cuss Meadowlarks as I like them and I tell TL this really is shitty and TL gets a tissue out for me and I wipe it off. I once went into the chicken coup as a kid and had a Goddamn English sparrow shit on my head. And that was real shit, the brown shit and clumpy, probably from eating bugs and sparrows from those Goddamn English shit a streak that looks like a gallon. The mother just wiped it off, no head washing and away I went as a child, but that is the reason I wear a hat outside to this day as being shit on birds is not something I look forward too.

The thing is this bird which shit on me, should be a bomber pilot as it hit dead center. I mean I was only going like 35 mph, and the wind was like blowing 35 mph, the bird was probably going 35 mph and it was probably up 35 feet at 35 degrees, so there was lots of bomber site calculations in that, and instead that bird for just getting shit scared out of it, hit me square without a NASA PHD or War College degree. Some people would say that is luck and I would agree I'm one lucky daughter of a bastard.

Thing is though I have a tire and hub by a tree by the house on the other place that is covered with white shit. It looks like Mark Twain had been whitewashing the fence. That bird, and I think it was a big peckerwood hit that tire like a bomber too. Never shit on me, did the sidewalk, but you know that is a pretty good feat for a bird whose brain is the size of a chicken nugget.

Anyway, I take this as a good omen as I said to TL that I do not know anyone else who has had their window open and hand a bird shit on them, as the odds are astronomical in all the positions of me, the bird, the time line, the speed and meals the bird had, the hand surfing and then putting my arm in to not get stinger blitzed and yet I got the prize of being shit on.
I wonder if locust make bird shit juicy and clumpy. Never ate a locust but I heard they taste like stale Doritos. Again I do not know if that is Nacho Cheese, Ranch, Taco or what, but locusts taste like some form of stale Doritos. Is a shame really that the best thing a bird gets to eat is stale Doritos locusts and they relish them. Then again they have a little tongue so maybe they only get the Doritos part.

So I expect good things in life from now on. Statues get pigeon shit on them, and that makes them popular and nothing bad happens to statutes, so this obviously is a great omen even if I do not know what it is.
I never had much luck in the English Sparrow shit, but that is the English and nothing good comes from them tight wad bastards. No an American Meadowlark is a pristine bird and being annointed with one of them can do nothing but bring in good fortune as unlike chicken and goose shit this shit did not stink. Another good omen as how many people can say that about shit, eh.

So in world terms I'm lucky as this has never happened before. I should probably get my name in the world records in Lame Cherry, shit on by a Meadowlark moving at speed. Probably would get lots of donations from rich people, get invited to serve on boards, get invited to parties, as everyone would want the person that Providence smiled upon in the popular girl who got shit on.