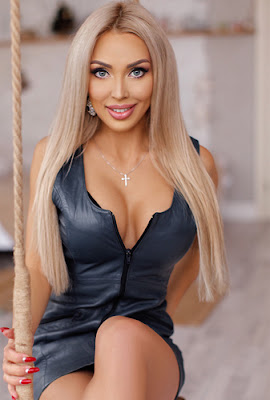 If you marry me American Boy, I will take the British tea and serve you in bed,
I will get you your German beer, I will clothe you with Chinese silk, I will
return your money from Shylock, I will be your Yankee Girl.

As this blog noted, President Vladimir Putin after taking the vax and meeting with Resident Pedo Joe Biden, became belligerent in threatening to sink the British and Dutch Navies and stating the United States was finished as a world power, and that Russia would defeat NATO in the Russian sphere of war.

Silent after being involved in meeting the Taliban in Moscow before the 1% turned over Afghanistan via Pedo Joe to the that Taliban.

This blog has explained that China is being lured out into Afghanistan to cut it off and kill it, and that a war between the United States to cripple America and China is being fomented for the 1% rule in Europe.

Russia does is not an island which does not communicate with the 1%.

Russia has been silent.

Projections on this would indicate that in the Great Game, that Russia assisted the humiliation of the United States as China did with the Taliban take over of Afghanistan. Russia is not going into Afghanistan every again without obliterating all lives there. So this means Russia has allotted to China the piece of Afghanistan and Pakistan in this proxy war on the United States.

Russia has gone silent, which places China now on point on this part of the world. Russia is well aware of the problems that China will produce as Joe Biden retreats not just from Afghanistan but the Mideast.

The Middle East “matters markedly less” to the United States than it used to, to quote a much-discussed 2019 article by Tamara Cofman Wittes, a former State Department official under President Barack Obama, and Mara Karlin, a former Pentagon official under Obama. The time had come, they concluded, “to put an end to wishful thinking” about Washington’s ability to affect the internal dynamics or external calculations of regional actors.

This is the Middle East mission that Democratic presidential nominee Joe Biden would inherit should he win in November. He will be in a far better position to follow Wittes and Karlin’s suggestion to “pivot” away from the generational obsession with this intractable region than was Obama, who was pulled back in by the civil wars in Libya and Syria and the founding of the Islamic State’s so-called caliphate in Syria and Iraq. Biden is likely to take advantage of that opportunity, though probably not to a degree that would satisfy the realists and progressives who would like to see the United States liquidate its military presence in the region.

Russia is well aware of Obama 1% policy which Pedo Joe is establishing. The next piece to fall is the Mideast. This will place China butting up against NATO Islamic Turkey. The wand of the United States in this as much as Europe suddenly is not so magical, just as Britain's was not so scepter powerful when Adolf Hitler allied with the Soviet Union.
Place 100 million PLA troops on the Turkish border and suddenly Russia is not so threatened by the United States and Anglo Europe as Russia and China form a pincer to neutralize Europe from the United States.

Russia comprehends this completely and Russia does not want China in any more powerful a position than the 1% do in the overtures the 1% made to China to rule the world for them. The 1% is a religious order and slanted eyed devious Asians do not get to fuck the altar queens.

So the bear assesses this situation as the 1% projects it. America is a tool to be used. China to protect resources in Afghanistan and promote it's Silk Road and gain access to Africa and Europe, is drawn into the Mideast. Russia would rather have Chicoms there for the moment eating sand than in Siberia chopping wood to roast Russians.

Once China is in the Mideast in force, Moscow knows that alarm will bring absolute war. America will blockade the Pacific and be forced to use mass destruction weapons to deal with China in three spheres, Indonesia / Australia, Alaska and the Mideast.

The critical juncture are the mountain passes into the Mideast through the Himalayas from China and Pakistan. Afghanistan is the kill shot choke point, and once the PLA tens of millions are on the Turkish border, sealing Afghanistan to starve that cancer out, kills China in weeks without a major fight. Let sand kill the Chinese and lack of water.

China will by this time have depleted US advanced weapons and destroyed American infrastructure which places silent Russia in control of East Europe. Allied with the Germanics, Russia then would move as Moscow sees this as the least of East Europe, the Mideast, West, Central and East Asia with not any fear of the British islanders as their American colony will be in the throws of Obama wokeism in conflict requiring 50 years if ever to establish itself again with that draconian American police state ruling and criminalizing what is left of American's being replaced with the vermin of the world.

If Moscow can maneuver to resist it's inclination to be drawn out to attack NATO over eastern Europe, Moscow with Germany stand to reap the whirlwind of this as the cyclone consumes the Anglo American and Chinese factions.
Russia can feint at Turkey to pacify China there, Russia can occupy what is left of Ukraine, Russia can even bury England with a blitz, but as long as Russia limits itself, this will not bring the kind of long supply line or invading force mass destructive weapons by the United States on Russian forces. America will focus on China first, allowing Russia assists China to invading Alaska and promotes the Chinese immigrants in Canada and the United States to form a militant 5th column. Russia must make the Americans focus on China and once that altercation exhausts Americans, Russia can say it is sorry and betray China and help finish off the Chinese and the Saxon races of Europe and America will accept this as they did under Frank Roosevelt.

In this theater of war, Russia if at peace with Germans, and soft allied with Peking, stands the best change of all nations for the best outcome of all nations in the great war which is coming.