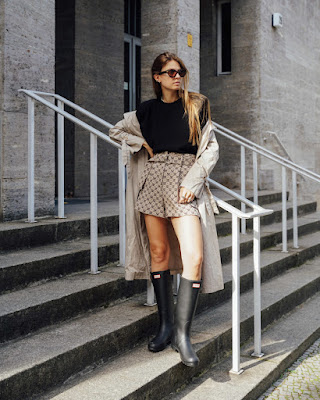 As another Lame Cherry exclusive in matter anti matter/.

I have mentioned part of this previously.

The easiest thing in life is for someone to ask questions in knowing the answers already, to condition people to submit to their brilliance. Anyone can looks smart if they already have the answers figured out over weeks or a lifetime and then start grilling you on that subject and expect you to come up with the correct solution.

The second easiest is answering people who ask questions who do not have the answers. Numbers of people bluff their way through life in making meandering answers which never answer the real question being asked. Most people get bored and their mind starts wandering after a few minutes or they can't figure out what the shit someone is talking about, and just nod and walk away never to ask again.

For me, the foot in the brain is I never contemplated the intelligent question the Viking asked in why would someone agree to being a martyr. I have never come across any lectures on it, not that I was looking, but the focus for most people is, "Boy I think I'm one of the Two Witnesses so that makes me hot shit".

The fact is working for God is a sorry lot in life in which I'm sorry for the burden in the balance while the children and brats get to play, which often outweighs the benefits of pondering things and the Holy Ghost making me look intelligent in providing the answers.

I will state this again, I'm God's Scribe at times, nothing more than a clay brain, except for the Spirit of God doing the speaking. God is the genius, not me.  The one anxiety I have is not having God talk to me, because God talking to me, makes things simple in I do not have to with a human mind come up with Ecclesiastical ansswers when Proverial only matter.

Sometimes I would have liked to have been the pretty thing of God on display, most times really, instead of being God's latrine pot. I get lots of use every day, but little respect and God makes certain that I know, that you just do not get praise or rewards for doing the right thing, as that is expected of you all the time.

So I'm the slipper the cat craps on and not the glass slipper. I don't concern myself with the lowly state or ponder the "Why", as it is a waste of time, as God decided my purpose and I will fulfill that with the Holy Ghost as that is what is expected of me and required.

It is about duty, as all the honor and glory are due God. I honsetly do not want honors or glories as they repulse me instinctively. No use for them. That is probably the reason God put me here on this platform in I have no interest in being adored. It was in my psyche a good experience so I know what it is, and I f iled it away as something on the list of things God accomplished through me, and most people should experience what it is like to be a celebrity to get it out of their system. Celebrities though are addicted to it and it becomes their God.

For me, the things I lust after are Junk Yard Guy in his abilities and his piles of trash which hold promise. I love tinkerinng on stuff, would love to have a garage which would be my church of worship in all the time lost there, and I love as my brother says, "Pissing around with animals". I like the Prophet Amos as that was not his job, he was a person of the range and took offense to being called a prophet for hire.

I like looking at stars. I like the Milky Way. I like the planet now due south in the night which I highly doubt any of you ever see, but for having written time lines which changed the world and gotten Homelan interviews, I just have no interest in making students believe I'm some intellectual god their lives depend on for a 25000 dollar a year tuition.

God spooked me this week, which I have shared with a few. I wonder why He put us to the rescue again, in what He has planned and what He sees in the future, as that part I'm not aware of in the Lame Cherry knows all. He placed obvious direction into what He wanted and He humbled as I told TL, as His actions were not about giving me something I wanted or did not want, but in placing in my care a responsibility that God moved this popular girl around like a chess piece to put me in the exact place at the exact time or the moment would have vanished and a death would have occurred.

God carried me through by Christ in a hellish existance for years, to again put me into a place in time to save a life as I was the only one He chose. Perhaps He wanted to see if I was an asshole who talked Christian and walked away like satan when duty called. It was never me, but the Spirit of God in me moving me to do the right thing.

I never had anyone to ask for answers, so I had to keep searching and get the clay brain tuned to asking God, because the people I asked were all ignorant. So I have a number os life's questions answered as I put in the effort and time so it looks easy being an oracle. Sometimes on martyr stuff I had never thought that one through and what appeared was what the Holy Ghost explained as I typed.

You can't learn anything if you do not ask questions to people who know things. I'm Junk Yard Guy's student and he is a great teacher in I ask him questions all the time and he answers with great advice. Sometimes his ideas are not going to work, so I say nothing and he learns and God gives him the tires he needed all along at a cheap price. I always ask for assistance in a store and I always ask questions of people who have experience as that saves a world of wasted time. That is what real intelligence is, in asking questions that need answers.

Because you sure as hell do not want to be the idiot who does not have a question or the asstard that thinks they know everything an people walk away thinking, "What a shit for brains that asshole is".

Oh in case someone is going to ask, I learned that wearing rubber boots on bare legs in the rain storm while fixing fence, gives you a rubber burn, and there is something in that product which makes your skin itch worse than poison ivy or chigger bites. It is worse in the open air and it takes a great deal of effort to ignore it so as not to itch your skin raw which is probably a cure, but looking like I have been branded is enough skin damage for now.