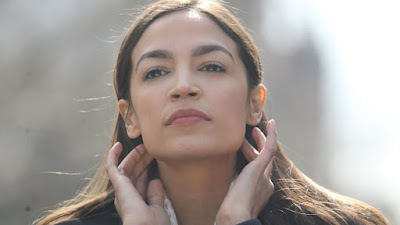 don't hate on me because I'm so beautiful

Finally once again Alexandria Ocasio Cortez has risen to the place of uniting Americans, in the discord of Joe Biden as Dictator, as the lovely AOC appeared at a benefit of Lezbos Converting to Straighties, and wore this stunning dress, which patrons could autograph for charity in turning lesbians into women again. 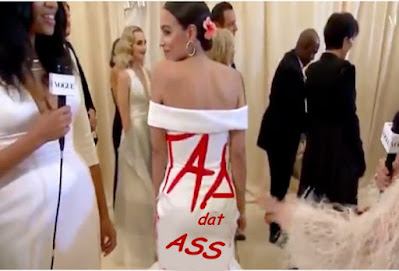 The lovely TAP DAT ASS in which AOC touched her mamie roots of the low rider avenue.

AOC is such a most brilliant mind who has so moved forward the rights of all people who are downtrodden and forgotten.

Some though in jealousy have attacked this brave CIA agent like Jen Psaki. 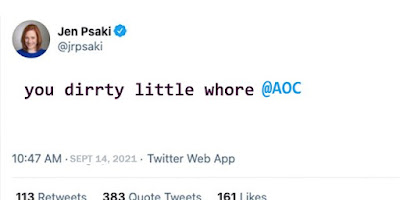 Let none of us forget, that Jen Psaki has had immense issues over AOC being the most beautiful woman in DC. Jen was relegated to number two status when the lovely AOC came to power.

For most people being the second most beautiful woman in a city would be a compliment, but Jen Psaki has just been obsessed with this.

Surely if Jen wore something feminine I'm sure she could raise something, like G spots or erections, as I think she has reproduced, so a man had to have ejaculated somehow on her being naked.  So she does have a proven record of being attractive enough for sex.

I think that we all should put our jealousies behind us when it comes to charities, especially collecting money to restore lesbians to their natural affiliation in being attractive to men and not being attracted to other women. The progressive AOC is a leader we should all respect whether it is taxing the rich or restoring women to their natural place of getting the slippers of their men, lighting their cigars, getting a beer and of course being appropriately attractive at all moments for sex with their men.

Can we not appreciate AOC's monuental work in having turned these 4 lesbians, although word has it no one in the straight community was interested in them. 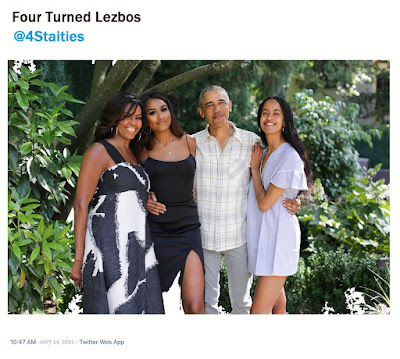 Let us all show AOC the love, and not join the haters.