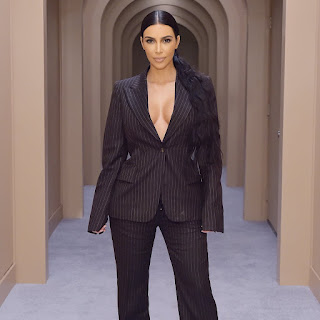 Keeping you abreast of the Law

With Donald Trump's Warp Speed vax manufacturers making hundreds of billions of dollars in months off of the Fauci programme of vaxicide, there is a legal reality in this.

We have heard that you can not sue the Pharms for killing and harming you for the Trump vax. Allot of entities are protected in this, but there is a clause of WILLFUL HARM in this too. Meaning as Anthony Fauci withheld Ivomec and Chloroquine and pharm ended distribution, this is willful harm of people for a treatment.
Willful harm is also doing research in creating bioweapons which Coronavirus is which Anthony Fauci funded.

Mar 19, 2021 ... the scope of this liability immunity as it applies to COVID-19 countermeasures ... VICP is funded through an excise tax on licensed vaccines ...

In all this legal mumbo jumbo there is also the Counter Measures Emergency Relief Program or a way for the regime to hand out pennies when this vax cost you all you have.

The injured are supposed to first apply to this smokescreen before they are allowed to sue in court.

The reason the Lame Cherry is focused on this is, all of this is for the Darwin Vaxers. The reality is the NIH and CDC knew that this mRNA spike protein / synthetic prion was shedding from the vaxed onto the unvaxed, onto pets. It was designed to do this. So there is a vast legal difference between someone who agreed to get a vax and someone who did not agree to get a vax.

Put it this way as a legal example. You buy a Ford pick up, but Ford is not liable if you get killed in a crash. That all changes though if you are driving and the tire falls off and mows down a group of children. Those children did not buy that pick up, so they are not in any agreement with Ford.

Likewise the ReVaxNiks did not take the vax, but many have suffered injuries or death. As they did not agree to anything, they are not part of the system of this protection racket and have full legal right to file in courts and sue the hell out of Big Pharma and the Fauci regime. That is their legal redress as Congress did not stipulate anything about unvaxed people or victims, so therefore there is no immunity for damages to those involved in perpetrating this vax.

I wonder in some ways if this is part of the 1% seeking to literally make the US debt spending default, as trillions will be awarded in this to the ReVaxNiks in suits filed as they will win as the juries are going to be exposed to all they have been lied to, and being injured by, and they will want revenge too.

This is the Vax Legal Jeopardy.