All of the above Obama voters 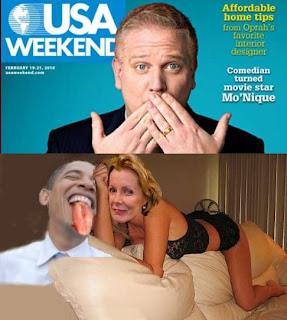 American Intellectuals really need a rewrite in the grey matter when it comes to their defining "liberals" as the National Journal assessed "liberals" and it was startling to read that communist Russ Feingold out of Wisconsin was ranked number 55 as most "conservative" of liberals.

On top Feingold in "lesser" rankings was Jim n*gger knocker Webb, Horse face Amy Klobuchar of Minnesovietsota and Robert KKK Byrd.
That crook Byron Dorgan made the list at number 51 as the guy who just decided the FDA needs to regulate spices as a drug for his future career in the pharm industry.

What is interesting is those pissy little states on the east coast which are smaller than Texas counties are the place where the communists now all come from in Vermont, Connecticut, Rhode Island and Massachusetts, with Marxist Obama's Hawaii.

Thank God for that central swath from Oklahoma, Kentucky to the Carolinas for actually producing Conservatives.

It was nice though to see John Thune of South Dakota actually coming from that communist Dashle state leading America.

If one notices in this though, there are not really any Blue Dogs listed in the lists of Stephie Herseth Sandlin and Tim Johnson of South Dakota, Ben Nelson of Nebraska, Kent Conrad of North Dakota.............wow amazing isn't it, in a list of almost moderates, these peoples voting records all show them to be so liberal that.............well when Russ Feingold is on a list as the most conservative Democrats have, that is like saying Hugh Hefner is the most conservative Catholic in America.

It was amusing in the Ron Paul folks were blowing a gasket over this list as it had to be bogus they were stating as Paul was not listed.
Just look at this Libertarian "conservative" Ron Paul in how he really votes as the champion of CPAC and the Paulite Devvy Kidd anarchists.

Ron Paul votes ONLY 85% in the economics category. Now is not Paul the great Dr. Paul of economics and he can not even score a 100% Conservative voting record?

Paul on social issues drops to 73% which is in part I presume to his not wanting to execute murderers, pedophiles and rapists.

Paul drops to the tank in foreign policy at 53%. I would estimate that is Barack Obama numbers in foreign.

As one commentator noted, Ron Paul is not a conservative, he is an idiot. His foreign policy would get us all killed by terrorists.

I really hope in that actual voting record that the kool aid drinking Ron Paul voters get if finally figured out what an Arlen Specter that Ron Paul literally is. He is part of a political structure of the dinosaurs and certainly is no one for people to follow blindly as no politician should.

All of it is telling though in that most of the communists in the Senate and the House are lurking voters who Americans have no idea of these people are. They are though the communist NeoProg majority of the Democratic party which Barack Obama is a card carrying member.

It makes on thankful for the truly Conservative members in Congress, but in 435 members, one sees that 20 Conservatives do not exactly have a majority, so George W. Bush democratic socialism is what takes over and Conservatives get blamed for it and dimwits like Glenn Beck run around trashing Ronald Reagan over things Reagan never did or agreed to.

To round this out, let's just look at Glenn Beck "conservatism".

Beck says he agrees man is a problem in global warming, even after the scientific data proves otherwise.
Beck says the GOP is as bad as Democrats.
Beck says George Clooney is a good guy and he has affinity with him.
Beck says he needed a religion because his second wife stated then need God in their lives, so he chose Mormonism as it gave his little girls a warm and fuzzy feeling, a cult that was at war with America once gives a warm and fuzzy feeling.

If you take the above, and replace Glenn Beck's name for Barack Hussein Obama, in his not being able to find a Church right across the street from the White House, you have what intellectuals in America view as "centrist" when that dogma is proven radical leftism.

I stated previously that John Thune is a centrist. In fact most of the people on the list are centrists like Mitch McConnell. I mean that not as an attack in the least, but the reality is people have to be defined by what they are in being centrist Americans when Conservatives are far and few to be found, and the left has communists, marxists, bolsehviks, maoists and Alyinskites all listed as "liberals" when these folks are so fringe communist Chinese call them crazy.

The American Congress and White House are populated by the fringe left which is a collective of Marxists. They are not in any way a reflection of liberalism. They are pure anarchists, radicals and provocateurs.

The centrists are called Conservatives and the few Conservatives get lumped in with them, and Devvy Kidd ignorant Ron Paul as "conservative", when his voting leans more Obama black revolutionary than Ronald Reagan.

That being said should say it all for the Reagan Blue States, as in that too I refuse to fall in line with dead old Tim Russerts manipulations to turn Republican blue states into red states to smear "those people".

So I define these groups as NeoProgs, new communists as that is what the bulk is, and their Pravda propaganda wing is run by Glenn Beck, Shep Smith, Peggy Noonan, Ed Schultz and Chris Matthews.

........and for the shocker, Keith Olbermann is probably more right wing than any of the above. He is just playing a part loudly for a big paycheck, just like all of the above Obama voters.

Votes do not lie
Posted by Lame Cherry at 11:14 AM